I know that I haven’t updated much on this blog, but part of that was because I spent most of 2014 writing on a German blog here where I wrote over 20,000 words in German. Although I could have spent more time writing there, I did spend some effort trying to write decent German instead of just the same German that I was using all the time. 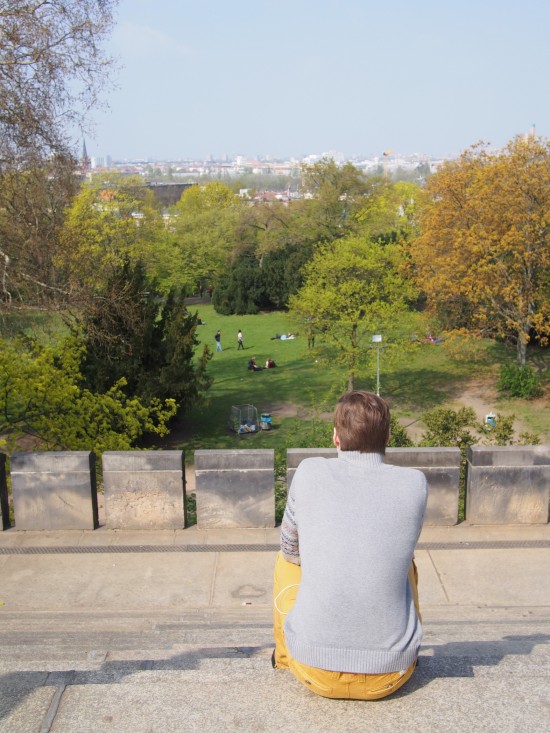 In case you didn’t realise, I spent 2014 living in Berlin where I was trying to learn German. Choosing Berlin as a place to learn German may not be the most obvious choice because you can get by far too easily with English but it had a good balance between being a place where I could learn and practice German and being a very interesting city to explore.

My year in numbers

Without counting Berlin, I visited 29 different cities and with a plan to try to travel mostly within Germany, I think I managed that very well although I still managed to visit Spain, Italy, Croatia, Estonia, Hungary and England outside of those cities.

I wrote over 20,000 words on my German blog and complete in total 20 weeks of German language lessons in three different German courses. I didn’t keep track of the number of books I read but I would have estimated that I read about 20 different books (in German) and a couple more in English. According to Get Pocket, I saved and read 1.2 million words on saved web page articles which they equate to about 26 books.

In the year, I took just short of 24,000 photos (168GB worth) and watched probably 50 or more DVD films (in German). Being a member of the library in Berlin rocks!

Finally I also published my second book (although it’s been in the works for a couple of years).

I tried to see a lot of Germany, particularly the parts which would be hard to see or I wouldn’t fly to from the UK. I was really surprised at how diverse the landscape and how varied the German culture is and I really appreciated the cheap bus lines between cities which meant I only took a few flights back to Berlin. In German I visited the following cities: Trier, Karlsruhe, Baden Baden, Heidelberg, Tübingen, Freiburg, Stuttgart, Potsdam, Leipzig, Dresden, Görlitz, Weimar, Jena, Dessau, Hamburg, München, Nürnberg, Fürth, Regensburg. You’ll notice that it hits most of the south-west and west cities since I had already been to cities like Köln, Dusseldorf, and Frankfurt on previous places.

I returned to Barcelona (this time in summer instead of winter) and enjoyed the beaches at Sitges. I spent two visits in Budapest (once for a stag do, and the other before a conference), two visits to London and a few quick trips to Tartu, Tallinn, Rome and Prague. I went sailing for the first time in Croatia (via Split).

Although I had a year off work, I still ended up doing a little bit. Obviously the second book I published is work-related but I also gave a few training courses and talks about work related topics, but I was more than happy to do that. I managed to not check my work email so much, leaving on my “I’ll be back in a year” out of office message to respond to most emails. I really appreciate that most people will never ever get an opportunity to do that.

My only big goal in 2014 was to learn German. I had done some self-study before then, and I don’t think that my German was so good. Reading and listening skills were reasonably but with little practice, my writing and reading skills were significantly behind. In the middle of this year, I realised the goal to “be fluent in German” was not very specific simply because there is no strict definition of what “fluent” means. I’m happy to report I’m comfortable interacting with German-speaking people on an every day basis and getting bay in strange situations.

I can trade emails very well and can read (some) novels in German without needing a dictionary by my side.

I was never sure what it would be like at the end of this year. Coming back to work is similar to the same feeling I had at the start of 2014 and what you might experience as if it was the first day at school. The feeling comes with a mixture of anticipation (for something good), fear (for the unknown) and excitement (for something new).

I’m thankful and grateful that I had the opportunity to do what I did as I realise many people do not. There were so many moments this year which were so different.