I have known Tim and Anne for a long time – maybe half a decade at least. I knew them before they got together and I really appreciated their invitation when they asked me to attend their wedding in Devon. It’s the first time I had been down to Devon and a whole bunch of us made our way, which took about a five hour car journey on the way down. 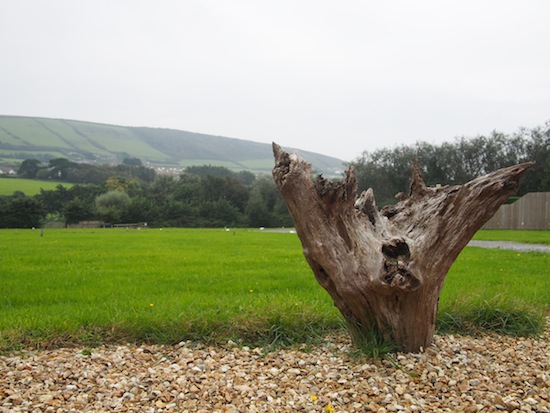 We didn’t have any satellite navigation built into the car on the way down, and went through one iPhone using the TomTom application just to get out of London and my phone was almost tapped taking over using normal google maps. It didn’t really help we got caught up in the roadworks. 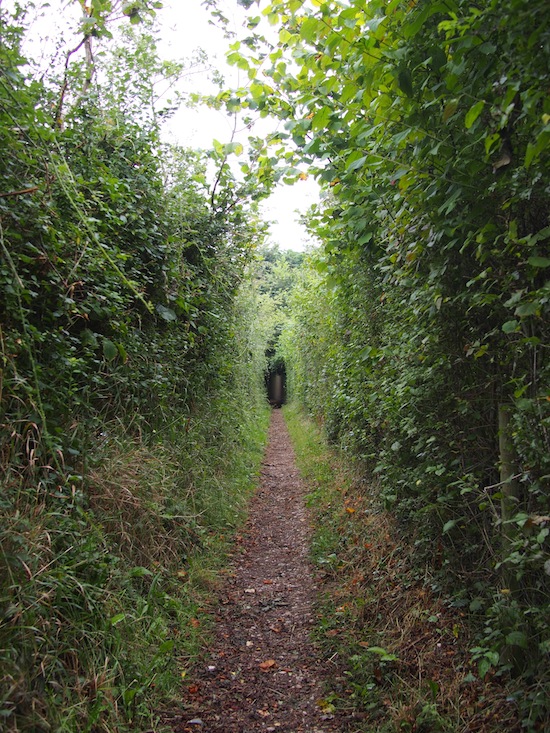 Tim is Canadian, and Anne from the region hence the wedding being based in the southwest corner of England. Being my first time to the area, I was surprised by how much of a surfing culture there was in the area. We stayed at The Thatch, a lovely B&B as the manor the couple had hired was housing all the guests flying in from overseas. 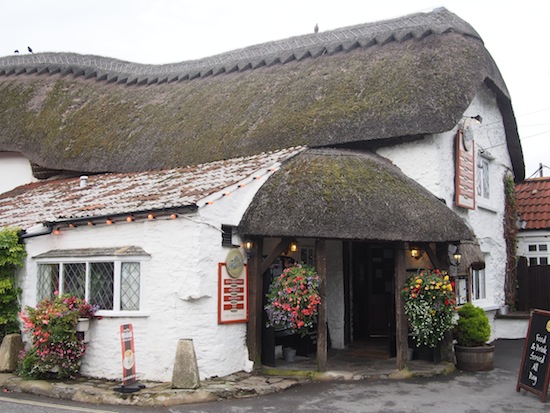 The Thatch served a mean breakfast, but with all the travel I’ve been doing for work, stuck to having a hearty breakfast of porridge instead of some fry-up I could have had. 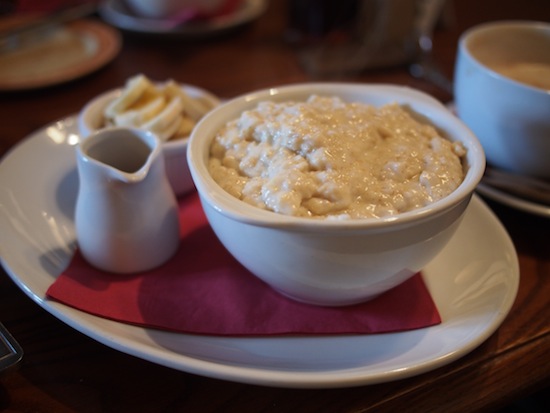 Tim and Anne held their wedding at an amazing Manor, nestled away in the winding roads surrounded by green hedges and only enough space for a single car. We made good use getting taxis back and forth as we were in no state to be driving, particularly after the wedding. 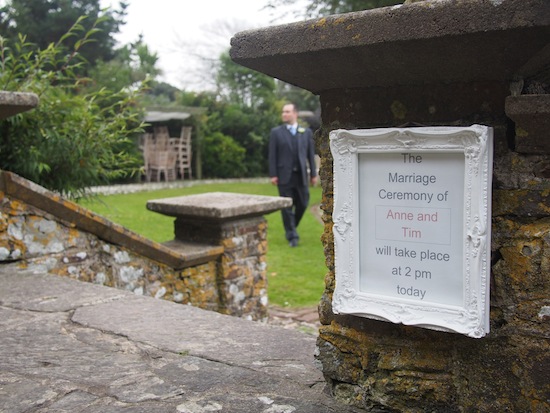 The wedding ceremony was perfect – very British, slightly cheeky, and to the point. It really reflected the wonderful couple and it wasn’t long before the ceremony gave way to drinks outside, an amazing dinner with amazing drinks including a fantastic light-flavoured Zinfandel red wine that I could have just kept drinking all night. But then they had some good scotch behind the bar that I couldn’t resist. 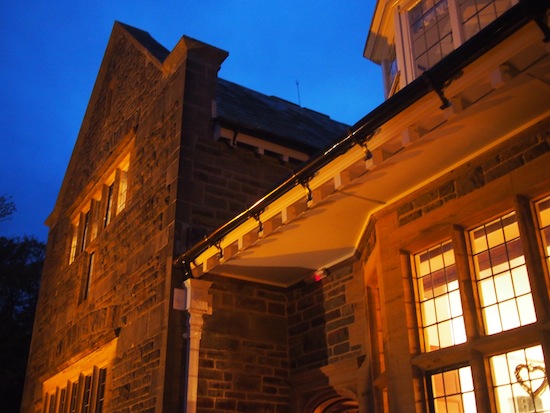 The cutting of the cake was a spectacle but, like other parts of the wedding, this one was well thought out with each tier in the cake being a different cheese wheel. If you know any British person, you’ll probably know their preference for cheese after meals since most of the British desserts tend to be puddings rather than fancy cakes. And good cheese it was. 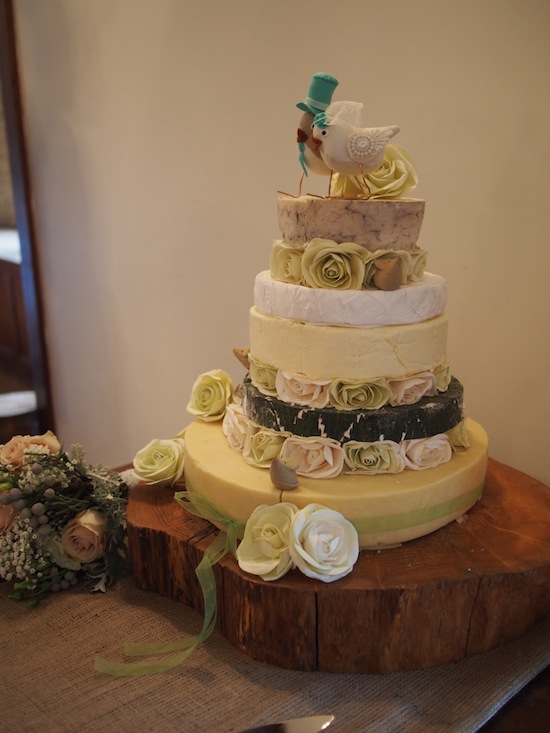 Here’s me with the lovely bridge and groom. 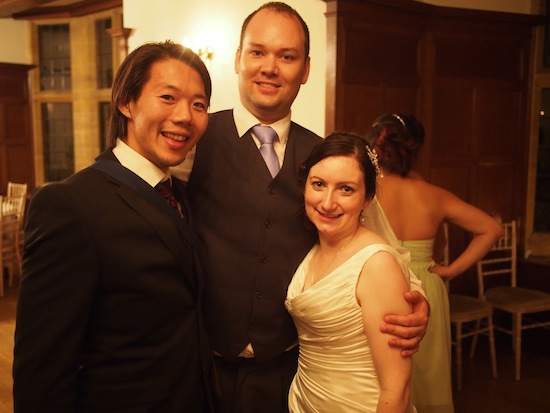 An awesome evening with some very good friends, and what a blast being able to be part of such a special occasion.

Although Calgary’s Stampede stretches across ten days, I only managed to make it there for a day and a half. My half day was after work on the Wednesday just gone so that we could walk around the grounds and catch some of the chuckwagon races and the Grandstand show. The controversial chuckwagon races split most locals, with half of them concerned about the risk it poses to the horses who race, and the other unwilling to let go of the heritage and history it represents. Last year they apparently had to put down three horses after a horric collision and I know of at least one horse they had to put down this year.

The race is unlike anything that I’ve seen before. It’s a fairly complex set up involving four different wagons and a set of outriders (individual riders teamed up with a particular wagon). The course is only a single loop around a dirt horse racing track with the start the most dangerous part. The race begins with the four wagons navigating around a small set of beacons set on the ground only to thunder very quickly on to the normal race course. Combined with four powerful horses dragging the wagon, the smallest mistake could cost people and horses a fair amount of damage. I didn’t quite understand all of the rules, although it was fairly easy to pick a wagon to champion and cheer down as they headed towards the finish line. A few people received penalties based on whether or not they knocked any of the beacons over, causing quite a few to slip from first place to last.

I think we saw about four or five different races before they finished racing for the evening and they dragged the main stage for the Grandstand show across. A few people had warned me to expect a tacky, cheesy show yet I was pleasantly surprised to see a very well polished and, what seemed like, an almost neverending show. The show started off a little worringly tacky with a marching band and lots of people dancing and singing and it fortunately kept getting better as they brought out the stunt bikes, a number of circus acts, a bag piping comedian and plenty of fireworks to boot.

The rest of the grounds are definitely worth just walking around with plenty of entertaining acts, live music, lots of animals and demonstrations to suit all tastes. The midway has plenty of rides including the gravity defying Skyscraper that we went on. It’s easy to pig out of junk food and especially “interesting” North American fair food (sampling the fried coke, cheesecake and mini donuts between the group of us) and enough comparatively healthy food to tide you over until you get out.

Stampede is an event worth visiting Calgary for. It’s unique in every right, and with the weather this city typically has, is perfectly named as the Greatest Outdoor Show on Earth. Check out the rest of the album here.

Calgary is a hub for some amazing hiking and summertime is the perfect time for going out and seeing a number of trails. Last weekend, a group of us headed out to Kananaskis Country, a hidden little gem on the way to Banff that apparently is what locals head to when they want some piece and quiet from all the international visitors. Locals often refer to it by its abbreviated name “K Country”.

Our goal that day was only a small 6km hike, although predominantly an uphill/downhill hike where we’d leave a lake at the bottom, only to reach a smaller lake at the top of the mountains. We were so high, that even in the middle of July, we still saw some snow covering some of the mountain side. Fortunately the weather fluctuated between relatively cool temperatures, to much cooler at the top, making the hike that much more enjoyable. The weatherman had predicted a little bit of rain and although it dampened the surrounding forest and muddied the track, it wasn’t as bad as it could have been.

Getting to the top was definitely worth the short although steep hike up. We brought a packed lunch with us to eat, stopping just after midday where we sat by the crystal clear waters of the lake accumulating in the basin. With the group that we had, it was pretty leisurely climb and sprayed over with plenty of mosquito repellent, we were prepared for anything.

Check out the rest of the pictures from the hike here.

It’s the middle of “summer” now with temperatures easily dipping below 8 degree C. We’ve had some amazing prairie storms and one of today’s brought a sudden barrage of tiny hail stones. In just over a minute or two, the entire ground outside looked like it had yet another layer of fresh snow. Here’s a picture from my window today: 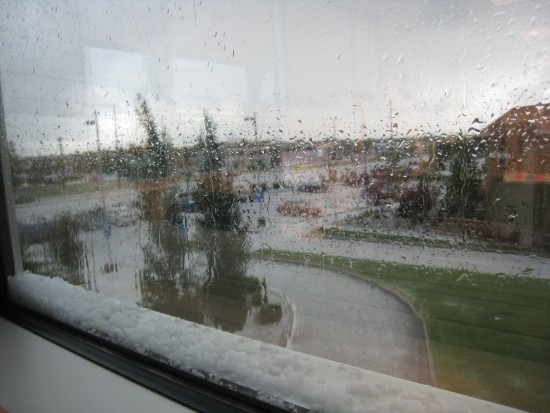 With only three more weeks left to go, I thought I’d do my list of things I’ll miss so that I can appreciate any of them I can before I leave:

Looking at their website, here’s “new and unique food for 2008” at the Calgary Stampede:

Heart attack waiting to happen. Lucky it only comes once a year. I’ll have to see if I can get some pictures of them just to see what they’re all about.

Every city has their major annual events and just as Brisbane has The Ekka, Calgary has it’s own country-meets-city event called Stampede. It’s the time when the people of Calgary trade in their suits for chequered shirts, wide brimmed cowboy hats, boots and large buckles. It’s the time for lucrative corporate Stampede parties, attend free pancake breakfasts around town and indulge in the large number of other events easily found around town. It’s the time when painted murals and large letterings like “Yahooo” or “Yee-haa” cover the large glass windows of typically very clean cut buildings, sometimes providing a nice contrast to some otherwise drab buildings.

Thoughtworks held their annual Stampede party upstairs at the Barley Mill on Friday where we had a great number of current and previous clients and a handful of other random people. It proved to be an exceptionally warm evening and the outdoor patio, and later, torrential prairie rain providing some relief from the heat. It certainly wasn’t as crazy as I’d heard Stampede parties could get (that’s a good thing!) and had plenty of chance to chat with people about lots of interesting things and have a bit of a laugh.

Check out the photos from our party here.

I don’t normally go out to cinemas to see mainstream movies, and when someone asked me along to see, Heavy Metal In Baghdad as part of the Sled Island Festival, it sounded pretty interesting.

The synopsis is pretty simple: What’s it like as a heavy metal band trying to get by in Baghdad?

This movie follows this band over a series of years, and combines two worlds we don’t normally associate being together – that of teenagers wanting some outlet to have fun, and the war time stories we typically hear on the news. Bringing them together provides some real insight and a very moving portrayal of a world we rarely think about. Everything seems very surreal, from the young guys talk about how lucky they are to be alive in their mid to late twenties, to the efforts of their families to get them out and keep them out of the country, and the sounds of shooting and bombings in the air at night.