This weekend, I had signed up to help out Virgin Unite, a charity organisation who were in town for the Virgin Festival. Being the first time Calgary hosted the festival, they wanted a couple of people to help man their tent, signing people up for their quarterly newsletter.

What a hard life it was, with the tent in a pretty good view of the main stage, and with anyone signing up for the newsletter newsletter automatically going into the draw to win a guitar signed by Wolfmother. We had a huge variety of people passing through – those who’d just sign up without even understanding what it was about, those who wanted to win the drum kit instead of the guitar, and those who wanted to find out even more about the charity. I was surprised by the few people who said they didn’t have a computer (and thus didn’t have an email address to enter). I also ran into a few people from my current client as well, having a good chat about the festival vibes. 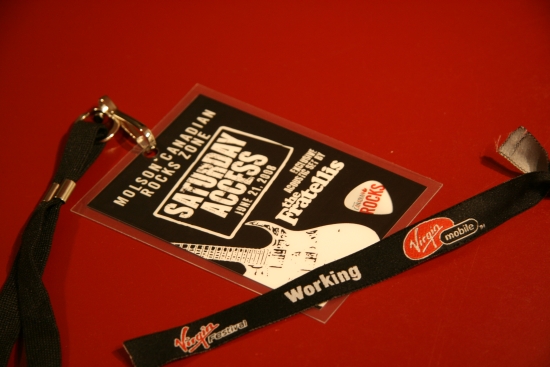 Although manning the tent was pretty exhausting (trying to explain to people what the deal was over any of the music for six hours straight) we had enough people to rotate around for a couple of breaks. One of the girls from Virgin also gave me a VIP wristband, opening up access to the VIP tent, a chilled out zone with a private bar and less in-demand toilets. Combined with a free dinner from Moxie, I thought what a great experience it’d been already. That was until, they also scored me a pass to get into the Molson VIP tent to see an intimate acoustic set by The Fratellis. 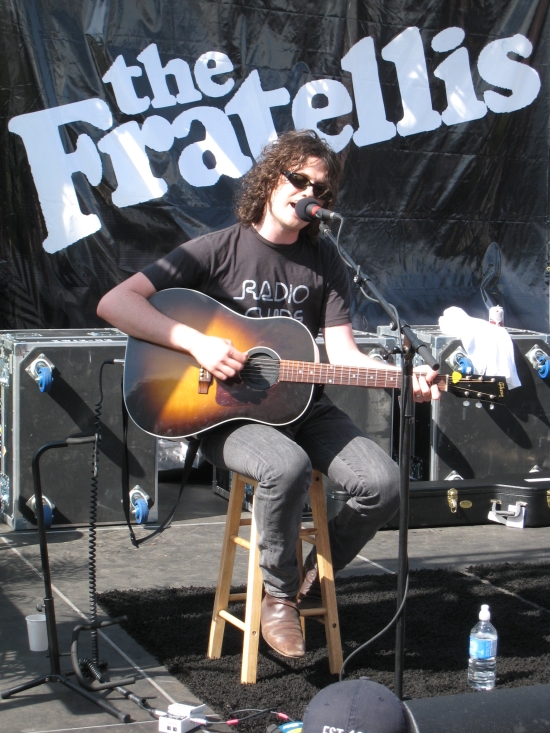 A perfect festival day with plenty of sun, plenty of awesome festival vibes and some pretty gorgeous people, all topped up with some good times fuelled by charity. Sweet. Gallery from the day can be found here.