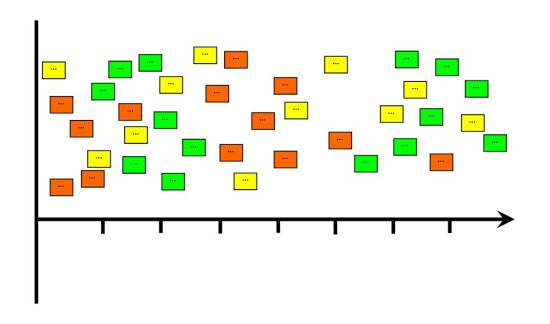 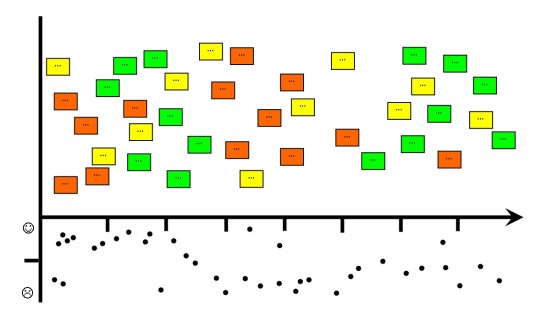 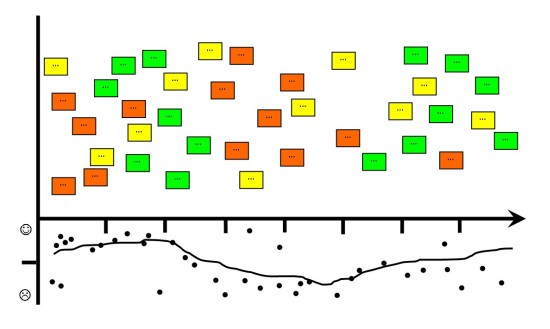 Diagrams are always useful focal points for starting discussions, and that’s one reason I like using the starfish diagram for a retrospective. This particular retrospective technique helps people by getting them to reflect on varying degrees of things that they want to bring up, without having it fit into the black or white category of ‘What Went Well’ or ‘Not So Well’ so I think it scales a little bit better.

A little bit about each category:

Interpreting the Starfish
Getting people to either write things up under the starfish in this manner gives you a scattergram of sorts and is a great visual technique of estimating the overall health of your project. Most of the points on the starfish also try to coerce people into actually creating action items instead of simply saying that something was not good.