I spent most of November travelling, both away for holidays with the family in Taiwan, touching down in London before exchanging bags for a two week work trip in Brazil. I spent the two weeks across Recife and Porto Alegre and a bit of time in Sao Paulo transiting as there wasn’t much choice in between.

The connection from London to Recife was particularly long – at least like six or seven hours but work fortunately booked a Suite in an airport hotel where I could at least have a shower, leave my bag and get a bit of sleep if I really wanted to. Spending a few hours in this SleepApart hotel made a huge difference to making the journey not feel so tiring. 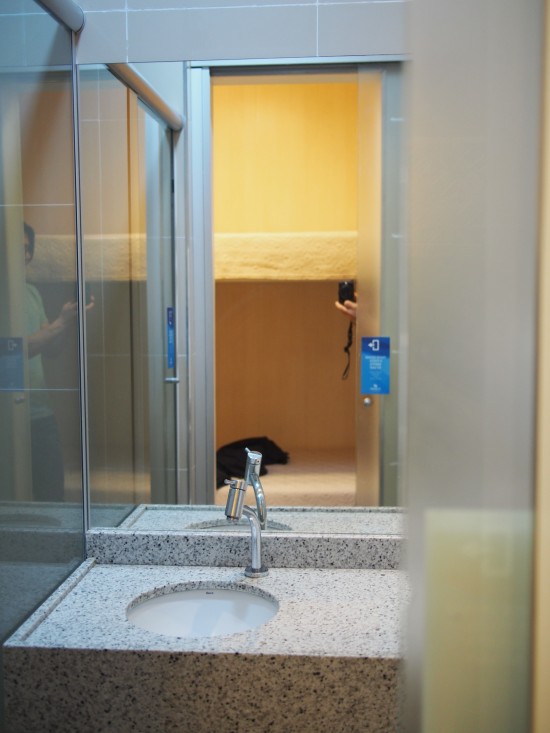 Picture of the hotel “room”, cosy but had a big impact

I spent lunch in the airport and then checked some of the emails that accumulated over my holiday, before reconnecting to a flight that got me into Recife.

Work had put me in the corporate apartments located about a half hour walk south of where I stayed last time. The area had more restaurants and was also very close to the beach. I met a colleague at the new office (very nice!) to pick up my keys before we went out for dinner and then headed back.

I was still several timezones ahead (Taiwan time!) so I tended to wake up very early for the next couple of days such as at 4am. Fortunately Recife is of Brazil’s sitting closest to their eastern coast meaning the sun rises really early, and consequently sets very early as well. It wasn’t unusual, that even in this summertime period, the sun would be gone by 5:30pm. 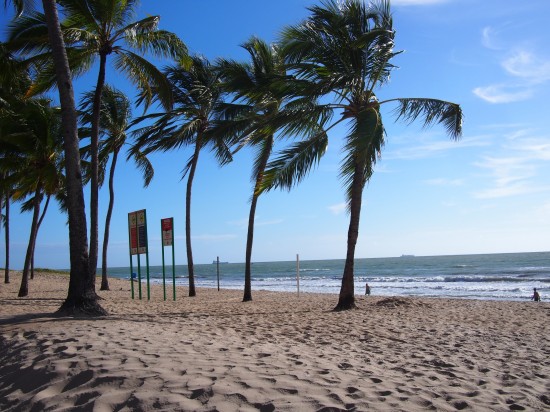 The morning stroll by the beach

In the mornings, this meant I went for a bit of a stroll along the esplanade with all the active Brazilians doing their runs, work outs by the beach and general goissiping on the streets. I made sure to have some agua de coco (coconut water) from one of the stands each morning. Only R$3 for a freshly cut, icy cold coconut. Yum! 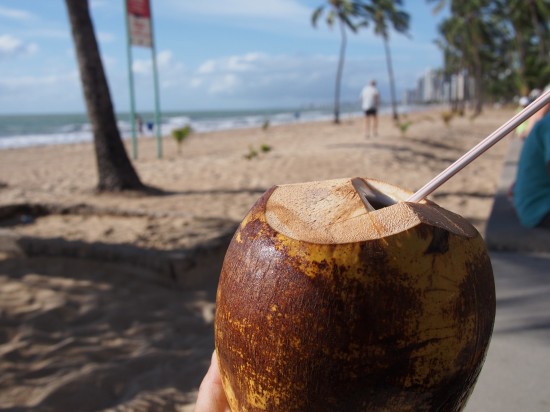 Having been introduced and quite addicted to the Amazonian berry, Açai, I made sure to hunt some down when I could. A colleague mentioned an ice cream store near the apartments served some and I knew some of the beach side huts would serve some too. 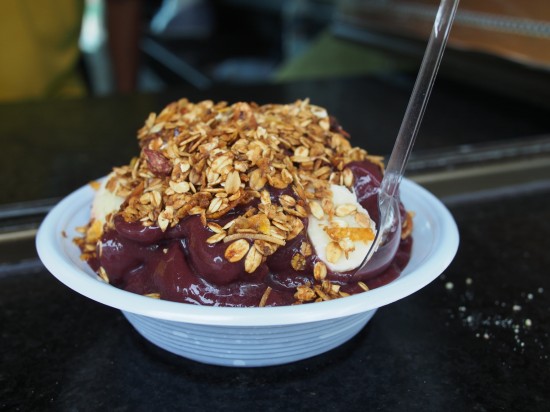 I unfortunately didn’t have any weekened time in Recife as I spent most of Saturday transiting over to Porto Alegre via Sao Paulo because the flight connections aren’t great between the two cities.

Work put me in a nice, safe neighbourhood that made it easy to get to work. Unfortunately on weekends, there wasn’t that much open. I did find a pretty cool cafe/restaurant that had its own skatebowl and served some local beers (and açai!) 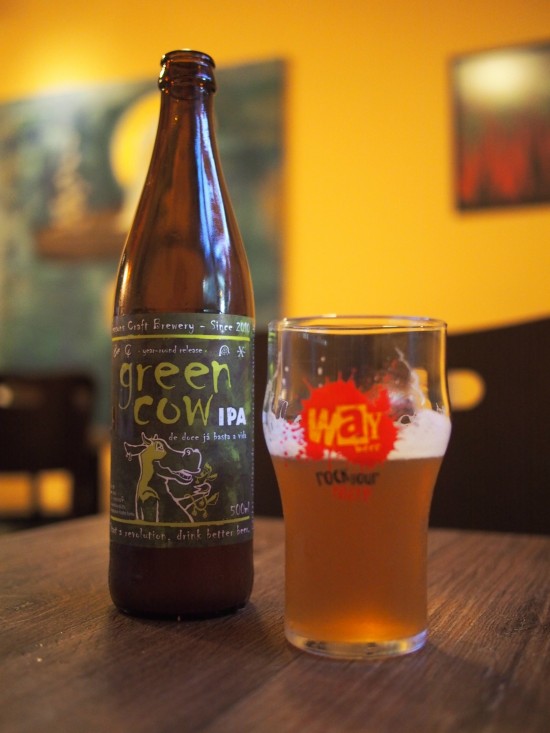 In my previous observation of Brazil, I noted how there’s not really any typical Brazilian look, and people often come in all sorts of shades. Porto Alegre is a little bit of a different story. Despite historically having one of the biggest slave populations, locals told me that something about the larger German and Italian immigrations into the city changed that to the point where you notice the “whiteness” the city has.

Sidenote: I also felt like I was stared at a lot in both cities as I didn’t notice many East Asian people and I felt like I stood out a bit. 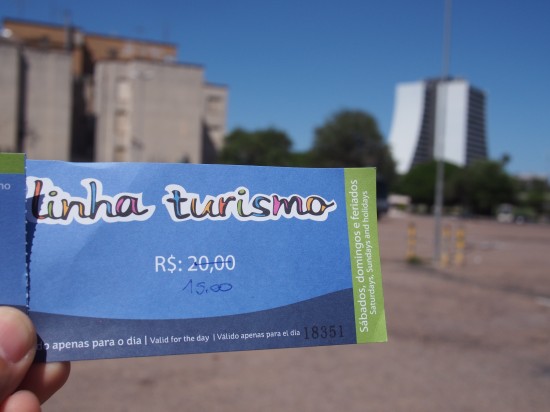 Ticket for a tour bus. 25% discount using a hotel voucher

I did have the Sunday for free time, and I used that to recharge my reserves for the week (I find training, and facilitation pretty exhausting!) and managed to see the town. I took a taxi downtown to the tourist office, where the local open-air double-decker bus tours around town. 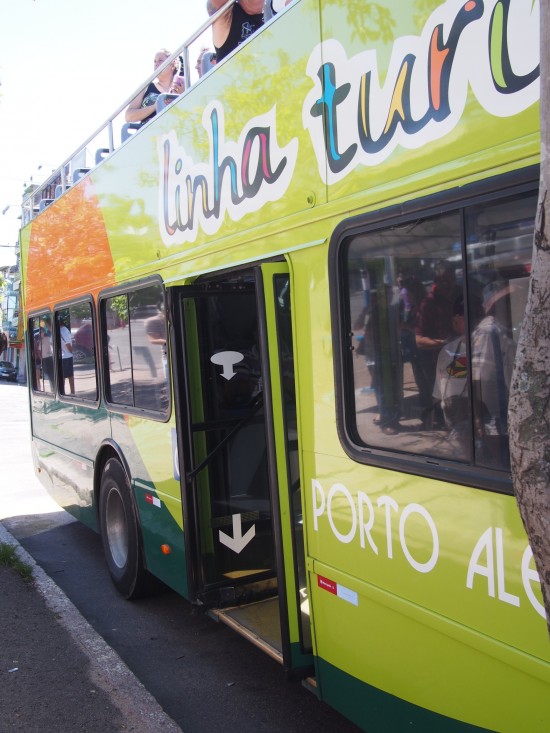 The tour gave me a good feel the city, and I felt was a bit of a safer option that wandering into areas I had no idea if they were close to a favela or not. It’s pretty good value, lasting about an hour and half and with good weather, made a nice trip. Unfortunately for me, the tour recording discussing some of the sites was only in Portugese! 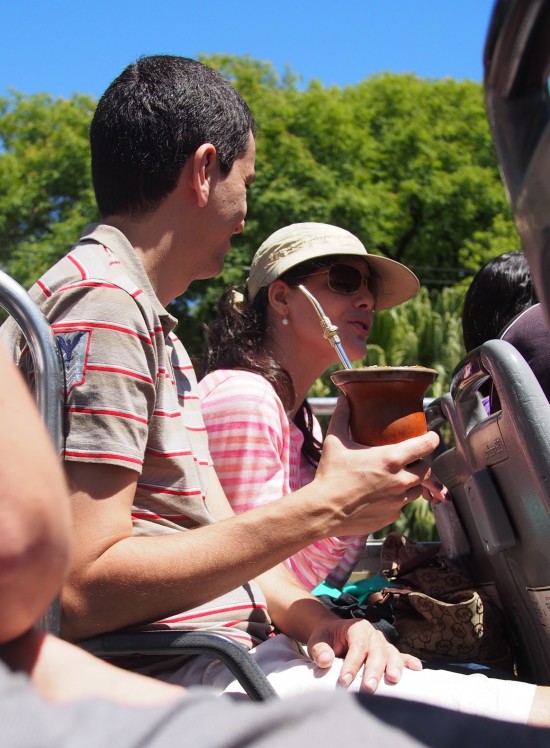 I also noticed a much more local tradition of people drinking mate (pronounced ma-tay – like how you’d say satay) tea. I know of this from my time in Berlin where it’s the popular thing to drink with vodka as an alternative to redbull. You acquire a taste for it, as the tea is significantly more bitter than most other drinks. You can also spot people drinking it as you’ll often seen someone carrying around a canniser filled with hot water, and a funny looking clay or metal tea cup and a funny shaped straw. 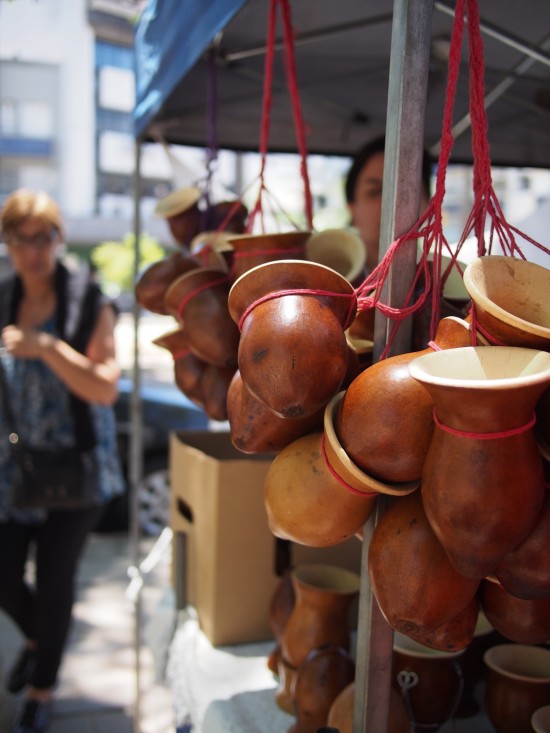 Mate tea cups at the market

Mate tea is a very social thing. My Brazilian colleague introduced me to it on a long bus journey to one of our away days. A person prepares the mate tea by carefully layering all the tea (it looks like grass) on one half of the cup. The other half is kept open for the straw and top ups of hot water. You drink it, refill the cup with hot water and then pass it on to the next person. On this bus journey, a group of about eight or nine people share the same mate tea cup.

On Sundays, a park quite close to downtown is filled with people socialising and laying about in the sun. They also hold a market, selling locally made crafts and clothes. The park is pretty big, with several locations also hosting live bands playing a mix of music.