Kyoto seems like a bit of a distant memory now that a couple of weeks have passed. I’m going to try to summarise it in a short post listing some of the more memorable parts of our trip. The city isn’t as big as Osaka, or at least it seems a bit more of a suburban and touristy in comparison. The Lonely Planet provided some level of help, but there are frankly far too many temples and shrines that they say are the “most remarkable”. I think it’s better to pick the few that interest you and focus on spending a bit more time there rather than trying to hit all the different ones that they recommend. Here’s a list of a few different things we got up to:

Arashiyama – Monkey Park
Located high up in the mountains, Arashiyama is a lovely place that seems even more natural and remote than other parts of the city. We came up here to have a look at a bamboo grove that looked like it was out of a scene from Crouching Tiger, Hidden Dragon and to also visit the Monkey Park, even further up the mountain. The monkey park wasn’t free but gave you access to an environment where the monkeys roam in their own little habitat, with plenty of signs telling you not to show them any food. Good thing that too, because we saw them turn into aggressive demanding monsters when we saw people feeding them at the only hut where you can serve them food from behind steel bars. 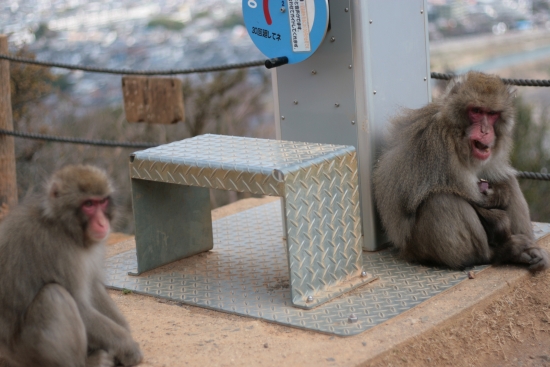 Fushimi-Inari-Taisha
We tried getting here by bus (the easiest way to get around most of Kyoto) and ended up on a large hike to get there. It wasn’t very well signed although we found out that JR has a train stop almost directly in front of this amazing site. Located in the hills around Kyoto, this area is best known for the winding pathways up the mountain lined with brightly coloured Torii, making for an eerie but photographic setting particularly at sundown. At significant points, they also have large statues of foxes, considered messengers of the gods. It’s hard to describe what it’s like walking through all the paths, but it’s definitely worth it for something completely different. 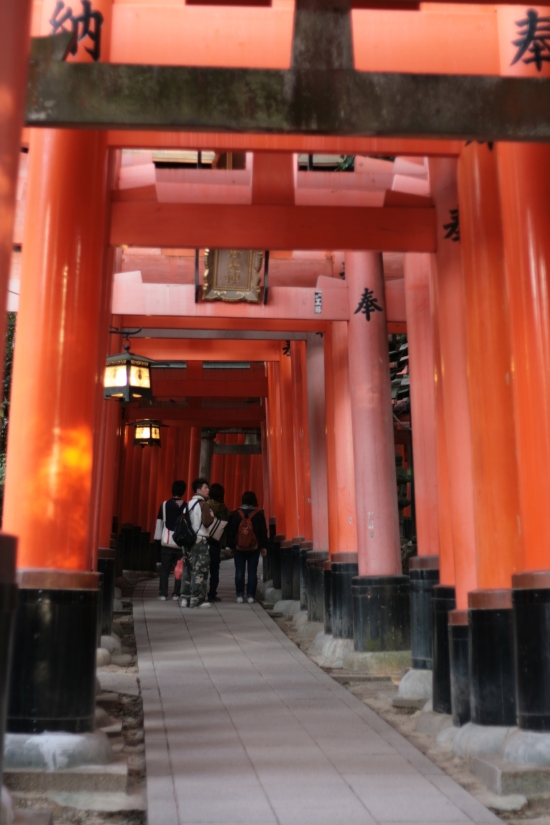 Kyoto Tower
We didn’t go up Kyoto Tower because we had already been up quite a few tall buildings on our trip, but it’s definitely a nice site at night time when the it all lights up and almost looks like a UFO pierced by a rather larget toothpick. 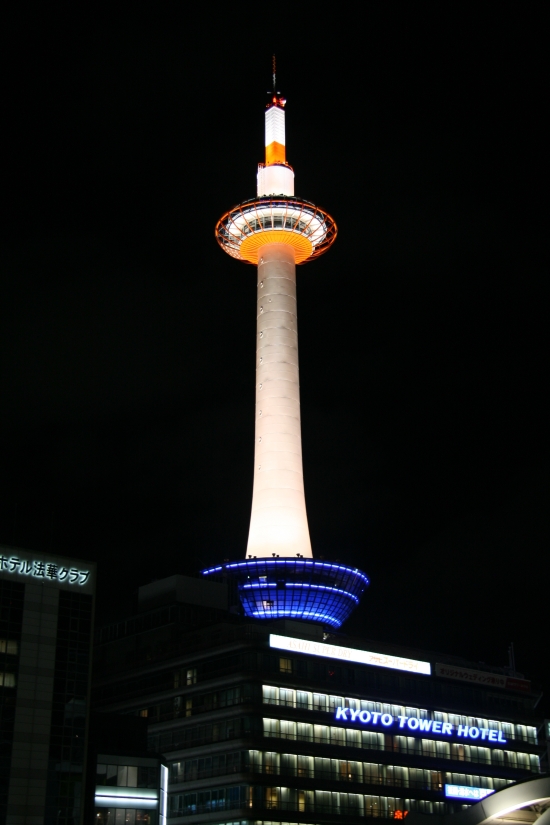 Ryōan-ji
One of the many shrines in Kyoto, this one was under going maintenance although the biggest attraction is the rock garden used to help people meditate and reflect. 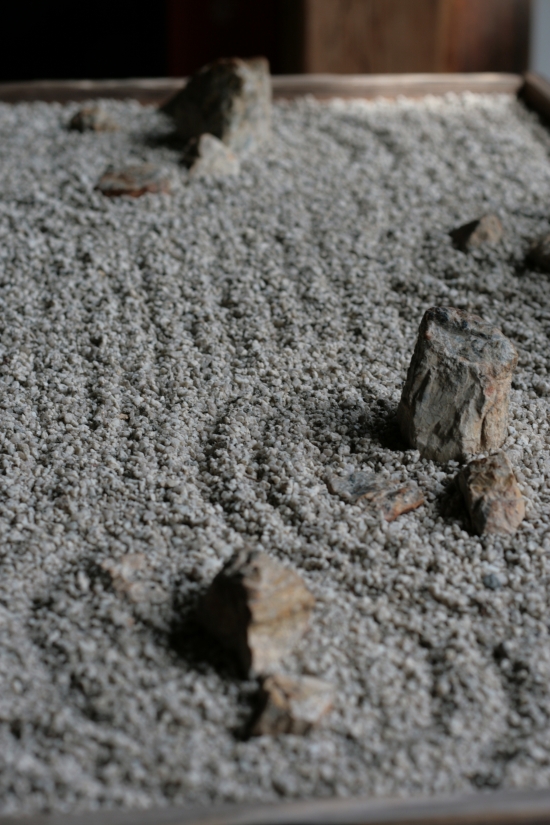