I spent this last weekend with a number of people in Amsterdam to celebrate Ben’s stag weekend before he gets married in May later this year. This event had been building up for some time since we booked our flights and hotel back in January. We left on Friday morning to arrive there at just around lunchtime where the eight of us, including Ben, Karl, Nathan, Andrew, David, Matt and Damian met at the hotel.

We flew BMI, which has been one of the least painful flights I’ve flown, and it was even easier getting from the airport to the city one we arrived. A 20 minute train ride costing only €3.6 conveniently drops you right in the middle of Amsterdam Central. After navigating the treacherously narrow and winding staircase, we checked into our hotel located extremely close to the centre of town, The Orange Tulip Hotel, before we proceeded to venture forth into the city.

The cityscape of Amsterdam is strew with canals and bridges crossing canals with narrow multi-storied buildings, a consequence, from what I understand, of a historical tax based on the amount of house frontage. Each building is decorated with awnings or stone and granite figures mounted at various points in typical European fashion. Many of the buildings are surprisingly but noticeably crooked, either overhanging the street from above, or slanting distinctly to the left or right into another building though I don’t really know why. 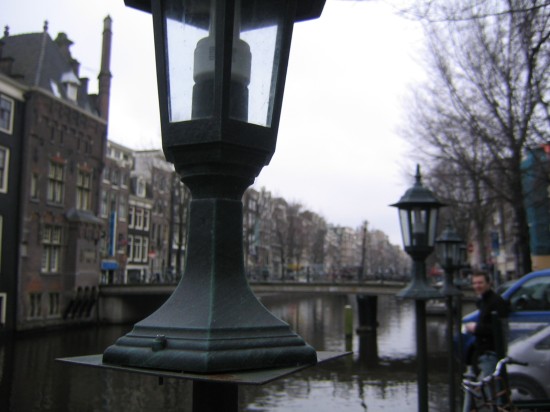 The streets are wide as trams ferry large numbers of people through the city day and night. The roads also accommodate cars and pretty much most of the roads have a dedicated bike lane for the massive number of cyclists in the city. Cycling is an obviously favourable way of getting around if you’re a local, the evidence easily witnessed by the sheer number of bikes that litter the bridges, posts and sidewalks of town. Many of them appear antiquated, most of them have large handlebars, no gears and many of them appear to be rusting, but all, of course, equipped with that essential bell used to warn pedestrians that you are in their way (and not the other way around!)

Our weekend kicked off initially with a visit to the Heineken Brewery where they have a tour that is pretty much self-running. For any sort of brewery tour, they do have some more exciting things such as the Thirst DJ room (where you can mix it up with both lights, sound and video), a table-soccer table, and a number of ‘rides’ best left enjoyed to those easily entertained. It’s probably not worth the effort other than the three beers and a souvenir glass to take home. 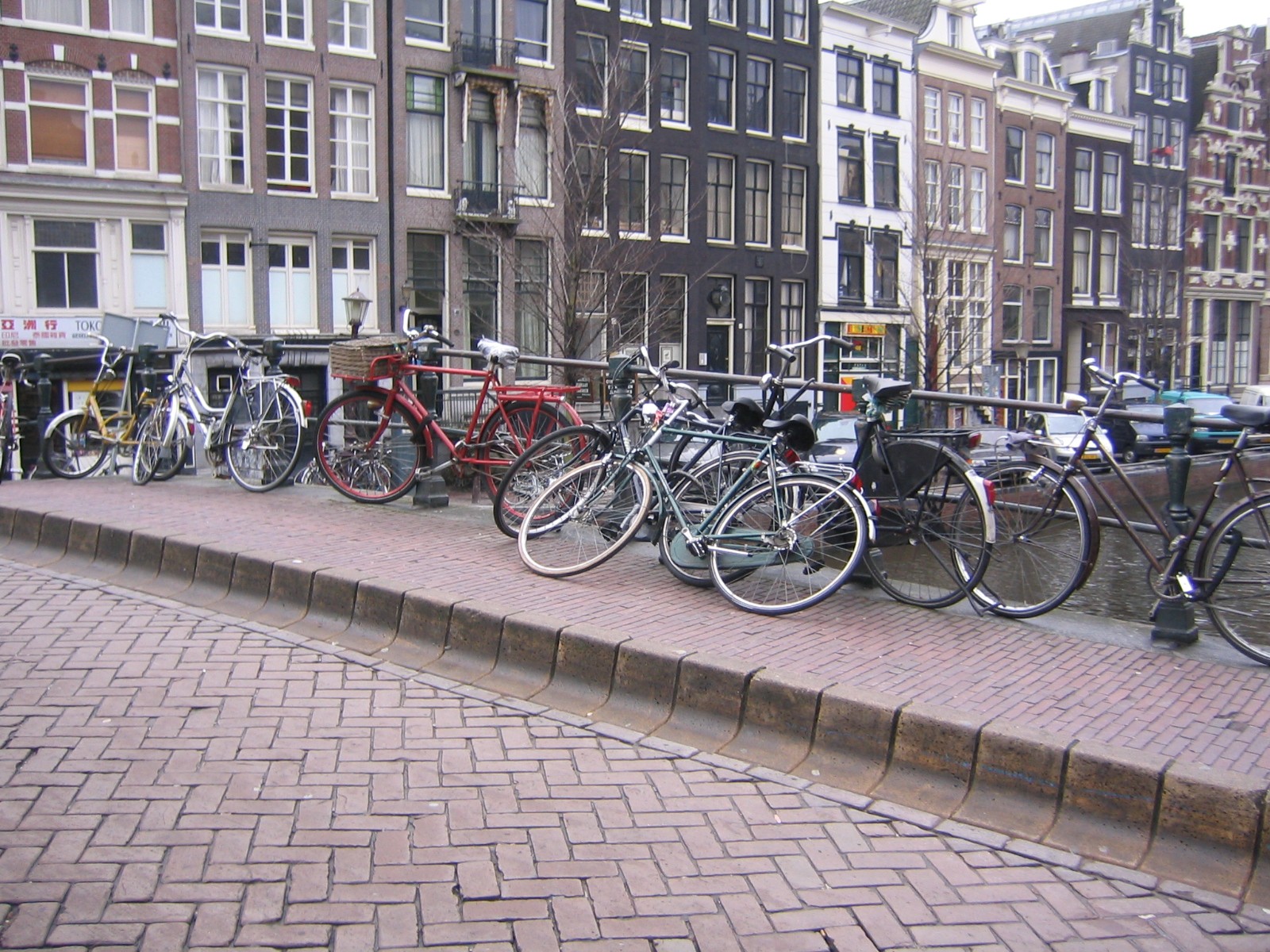 We had dinner at an Indian restaurant and hit a number of bars/pubs to celebrate the occasion with Ben. We also walked around town including parts of the Red Light district, one of those places that you hear so much about and can’t really avoid if you visit Amsterdam. It’s not really worth describing in great detail here but let’s just say it was quite shocking to see in real life.

The next day we tried to go for a bike ride tour around the city but both bad weather and bad timing saw us miss our only opportunity. Instead we decided to embark on a ride in a glass covered canal boat around the city that proved both cheap and lengthy though unfortunately not as entertaining as originally thought. I definitely recommend taking a more personal tour if possible as the commentary on ours I found disappointing.

Overall it was a pretty fascinating city in how liberal it is, but sometimes not quite as nice with the prolific number of rowdy crowds from both the US and the UK disturbing the atmosphere. I think everyone had a great weekend anyway and that is really all that mattered in the end.

One Reply to “A Weekend In Amsterdam”