It has been a while since I read The Phoenix Project and I am glad to have reviewed it again recently. Described as a business novel, or The Goal for the 21st century, the book focuses on a story that large organisations need to realise when they feel they need to transform IT. 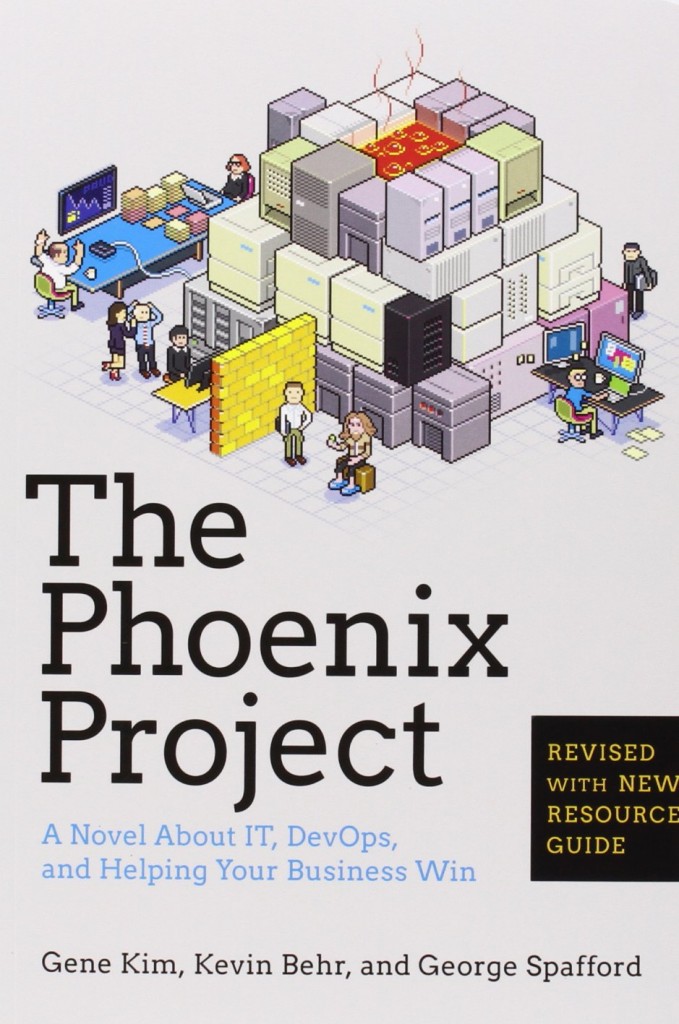 The book focuses on a company in crisis – a company that is trying to complete lots of software projects, has a terrible number in flight and grapples with the problems many companies have – lack of visibility of the work, dependency on key individuals, marketing lead promises and IT treated as a cost-centre attitude. Bill, an IT Manager is one day promoted into a higher role where he is responsible for turning around and dealing with all the critical issues. He is given access to a mentor who introduces him to the “mysterious Three Ways” that are slowly uncovered throughout the book.

What I liked about the book

Business novels are refreshing to read as they feel less like reading a business book and sometimes makes picking up the book less of a chore. The authors manage to talk about generating insights and explaining some of the tools from a number of angles (Bill’s thoughts as well as from other characters’ perspectives) as well as relating it to existing material such as Theory of Constraints.

Like all good books, you follow the exciting story plot that descends into what seems like an insurmountable situation, only for the protagonist to find ways of overcoming it. For those who have never been exposed to visual ways of working (like Kanban), or understanding Work in Progress, Queueing theory and how IT capability matters to business, there are many useful lessons to learn.

What would have made the book better

Although the book has several characters who behave in a negative way, and pay for some of thoese consequences you don’t hear about the attempts by the protaganist which end up failing (with their consequences) unlike the real world. I also felt that the pace at which things changed seemed to occur at an unrealistic rate – but that’s proabably the downsides of a business novel versus what might actually happen in real life.

Conclusion
I would still highly recommend this reading if you’re interested in understanding about how modern IT, interested in how DevOps culture operates and some tools and techniques for moving IT management into a more responsive, flexible but still highly controlled manner.