Naming functions and methods are one of the hardest tasks developers need to take. A good name is hard to find, but with enough thought, is useful to show intent.

Likewise, the name for a given role is useful to help establish what that role is accountable for, and can help speed up communication when people have a common understanding of that role.

All models are wrong, but some are useful – George E.P. Box

Unfortunately there are two inherent problems with role titles:

Issue 1: People do not understand the role

A great way mechanism to force a way forward is to run a “Roles & Responsibilities” session. I find an effective method to run one is:

This is a very useful exercise for helping to define, and articulate confusion around particular goals.

Issue 2: Roles are not the same as people

Another common failure mode of roles is where people assume that a role is the same as the person. On my business card, I have the title: Generalising Specialist because it’s true – although I consider myself a developer, architect or Principal Consultant, I am also much more than that. 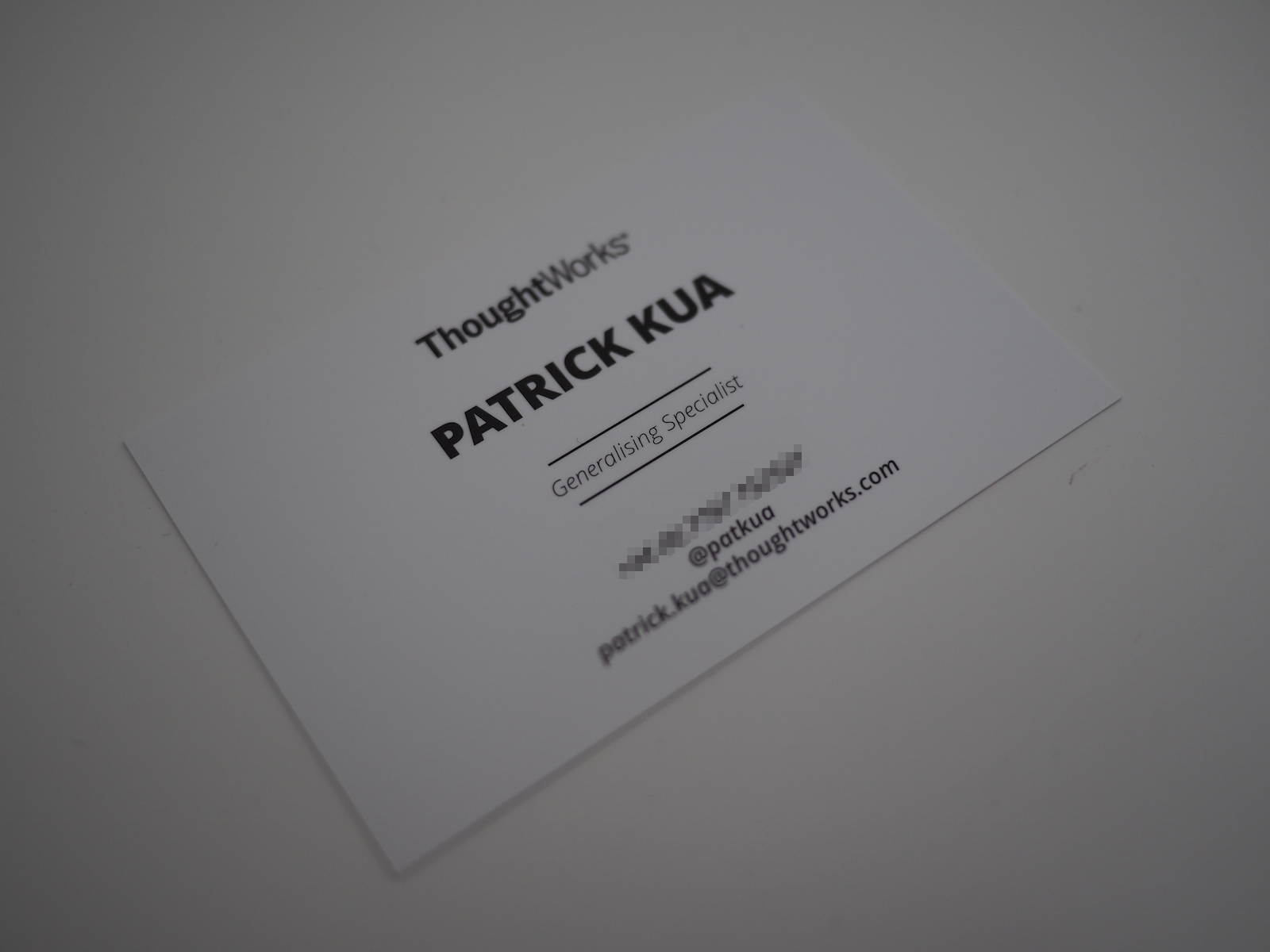 People come with a whole bag of skills and experiences that sometimes fit into a particular role. Just as important as it is to understand a person’s strengths – it’s just as important to understand where their fit for a role is and the gaps. A person may be much more capable of playing several roles at once, or a role can be split among a group of people with the right set of skills and experiences.