Why you want to give up coding

A friend of mine worked as a Tech Lead, let’s call them Jo (not their real name) for most of their career. A few years ago, Jo moved into a management role that involved very little coding. They were no longer working full-time as a developer and they stopped playing a Tech Lead role. Jo now leads an organisation with six or seven large development groups.

In the definition of a Tech Lead, I suggested a Tech Lead should write code a minimum of 30% of their time. Jo managed to find some time writing code, but it was inconsistent – about an hour a week. In a 40-hour week, that is less than 3%. Jo missed writing code. Jo was no longer a developer and Jo was no Tech Lead.

A developer has zero control over organisational design. They might be able to influence it, but it is ultimately controlled by managers. Some developers may try to change this, but most complain. I have heard this from developers in the past:

Who’s brilliant idea was to setup a development [team] like this? 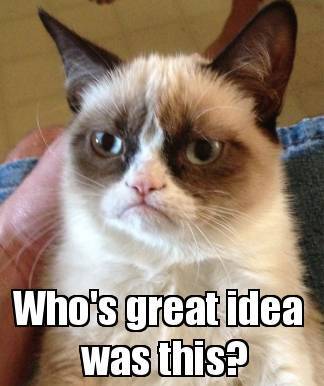 I can’t get anything done because I rely on those people to get something done and they sit on another floor.

Developers can complain, which is an ineffective style of influencing, although there are many more effective ways. In the book Influence: The Psychology of Persuasion, the author, Robert Cialdini outlines six key influencing strategies: Reciprocity, Commitment (and Consistency), Social Proof, Liking (a variant of the Halo Effect), Authority, and Scarcity.

Developers only influence their working environment. They do not control it. Note: An exception is, of course, when a company is small enough that the developer also takes on general organisational management responsibilities (e.g. in a startup) 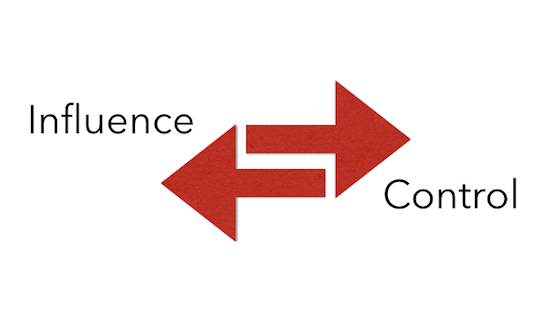 Jo, who moved from being a developer to a Tech Lead, and again from a Tech Lead to a general manager shared an interesting insight with me.

You know those things I used to complain about as a developer? Well, now I have the ability to change them.

How does this impact developers who become Tech Leads?

When developers give up their control in trade of influence, their sphere of influence grows. Instead of developing a single feature, they can guide the entire technical solution. The Tech Lead’s influence also grows between the technical and the business side. A Tech Lead has much more influence over how technology can be used to solve business problems, while developers are engaged too late.

If you liked this article, you will be interested in “Talking with Tech Leads,” a book that shares real life experiences from over 35 Tech Leads around the world. Now available on Leanpub. The featured image from this post is taken from Flickr under the Creative Commons licence