Disrupt yourself, or someone else will

A couple of days ago, Apple announced their new range of iPads including a mini with a retina display and a lighter, thinner full-sized iPad. Notice anything strange about their prices?

As can see the new mini retina priced at exactly the same price point as the (old) ipad2. Seem strange? You’re not the only one to think so as outlined by a comment from this appleinsider article. 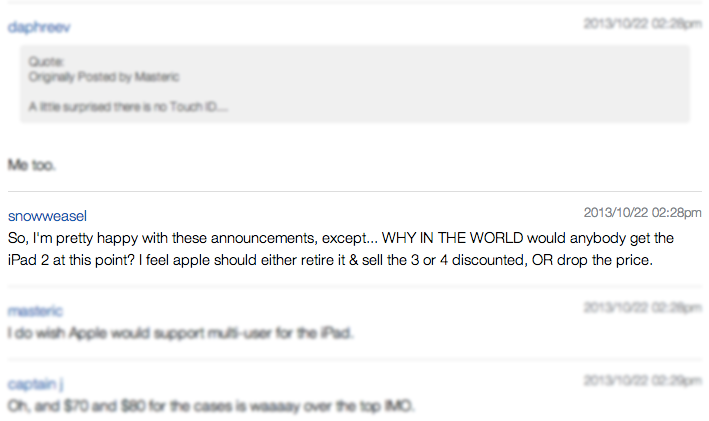 This isn’t the first time Apple have priced a new product at the same as an older product (and probably won’t be the last).

By offering these lines (new and old) Apple effectively segments their market into the early adopters of technology while providing (older and probably less appealing) options to all others. A conflict of features (retina display in a smaller form factor) makes users decide what is more important to them.

By removing the older iPad2, they effectively force consumers to move to the new platform and some of their customers may be happy with the existing product. Apple is effectively disrupting themself before their competition can.

Having the same price point for a newer technology also taps into the anchoring cognitive bias (sometimes called the relativity trap).

A person would ask:

Why would I buy older technology for the same price?

and then make the trade off for a smaller size, or if they want a newer size, pay another premium for it.