I spent the first half of last week in Munich, where I was speaking at OOP Conference 2015. I missed last year when Martin Fowler was a keynote but had presented both in 2013 and 2012.

The conference still seems to attract more seasoned people like architects and decision makers and I am still constantly surprised at the number of suits I see for a technical conference – I do not know if that is more of a German culture difference as well. I felt like there were significantly more German-speaking sessions than English ones, and I sat in a number of them when I expanded my vocabulary.

I was only there for three of the five days of the conference, and was lucky enough to be invited and attend a special dinner on Monday evening where Dr Reinhold Ewald (a former German astronaut) gave a presentation about what it was like being an astronaut, what they do in space and some of the interesting challenges.

I saw a number of the keynotes and talks which I’ll briefly summarise here:

I ran two talks that had both good attendance and great feedback (like the one below): 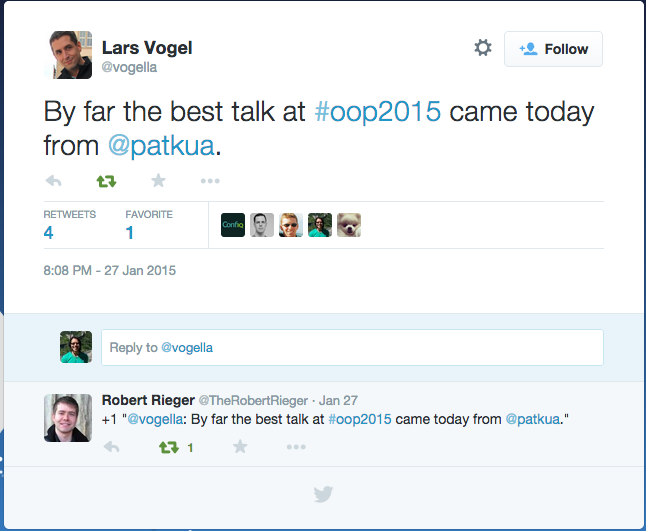 The fist was “The Geek’s Guide to Leading Teams” where I focused on exploring the responsibilities and remits of what a Tech Lead does and how it’s quite different from being a developer.

The Geek's Guide to Leading Teams from Patrick Kua

I had a great time visiting the conference and had an interesting time expanding my German vocabulary as I tried to explain what I and what my company do in German – something I didn’t really do a lot of when I was living in Berlin.