Book Review: Getting Past No

A long time ago, I read the very excellent Getting to Yes (1981), a book that described the difference between position-based negotiation and interests-based negotiation. The follow up book written by one of the authors, is aptly named Getting Past No in applying the same principles from Getting to Yes but provides a different technique when negotiating with another party who is unwilling to relent. 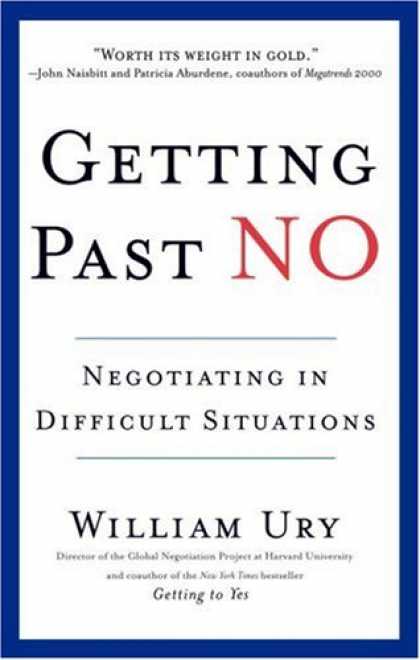 In the book, Ury describes the conditions that prevent people from getting to agreement, including your own reactions, their emotions, their position, their dissatisfaction and their power. I like the five step series that he outlines in the book: