I heard one story recently from a colleague where a technical lead facilitated the retrospective. They’d collected sticky notes from everyone, placed them around an exercise at the front and began reading them out. The strange thing is that they read only the ones they wanted to read out, blatantly skipping many of the others.

Why the lead would only read out the ones they did, I don’t know. Perhaps they thought they were the most important (based on their point of view), perhaps they were a random selection. I’m not sure. It’s clear what impact it had on the participants. People became frustrated that they weren’t being listened to, didn’t feel appreciated for their input, and I’m sure many of them felt the activity a waste of time. Apparently it broke down to the point where they started shouting out for the lead to read out the notes. 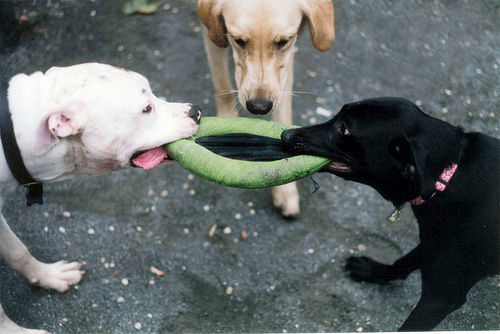 What to do about it?
Kerth emphasises getting an independent facilitator (though versed in the industry) to run your retrospective. From experience I know this to be difficult for heartbeat retrospectives. If so, people who have direct significant influence (i.e. typically project managers, technical or team leads) either shouldn’t facilitate, or be extremely aware of this conflict of interests and do something about it.

I’ve learned it’s important to be clear which, of your roles, you represent when you say something. Something like, “With my technical lead hat on, I’m wary of this suggestion because of …” Another technique is to accept you will be biased and ask the group to raise a flag you when they don’t feel you’re being neutral. If you see the flag, you must do something about it.

Concluding Thoughts
Facilitation is not for everyone. Participants and facilitators should understand where conflicts of interest lie and how it may affect some of the conversations. Mitigate for this by planning to have an independent facilitator or by putting another system in place to prevent these biases creeping in.