Book Review: The Enterprise and Scrum 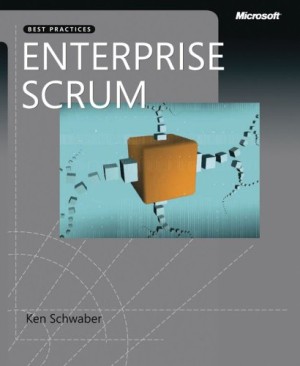 What’s it about?
Covers techniques and describes the impact of introducing Scrum into large organisations. It also describes why you might choose Scrum to implement and helps evaluate its fit with the organisation.

What I liked about it
Schwaber writes very clearly about some of the consequences of introducing Scrum, including both positive and the negative aspects that I find is very honest and uplifting. He also details some strategies for adopting Scrum incrementally in the organisations. I find it’s refreshing to see many concerns from the enterprise point of view addressed.

What I didn’t like about it
The meat of the book is very short with an appendix describing Scrum taking up almost a quarter of the book. In one way, it’s brevity makes it easy to read though, as a reader, thought more of it was coming. I would have preferred a longer discussion in the book, with an example or set of detailed examples in the appendix instead of a recap of Scrum.

Agile #1 Programmer Excuse For Slacking Off