Its Purpose?
Breaking down complex or larger blocks of work into very small, defined tasks helps people focus on learning one thing at a time. Each item should be as small as possible, with enough detail that the newbie either doesn’t need to ask someone how to complete it, or wouldn’t take them long to find out. Each task completed helps people celebrate small successes, and helps them make progress without being completely overwhelmed. 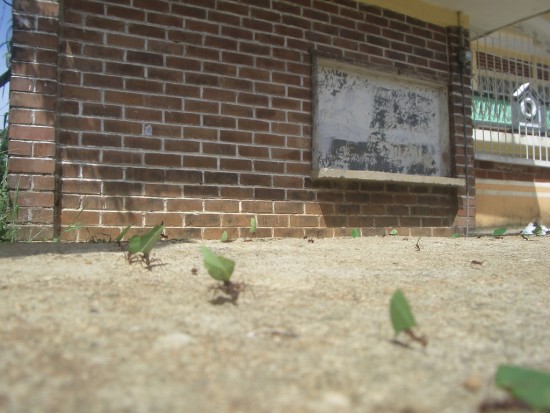 How did we execute it?
Our story cards are written on index cards, and before starting development we would discuss the requirements with our Business Analyst and Quality Assurance person. For each block of work, an experienced person would write down each task that might be needed to complete that block of work. Each tiny task would be as granular as possible and we wrote each on to a separate sticky note. We strung them together and put them on top of the story card on our wall.

Tiny task lists can and will change, with our developers adding and removing more tiny tasks as they discovered more detail. Small to-do tasks found during development also ended up being written out as tiny tasks to be addressed at a later point. We would encourage developers checking in for each tiny task as much as possible although in reality this ended up being a small handful of tiny tasks (i.e. 3 or 4).

As people became more accustomed to the patterns in the system, and the things that might be needed to implement a small group of functionality, developers wrote tiny tasks less and less.

Why Is It Important?
People need successes to learn, and a safety net when they fail. Clear and easily achievable tasks help people build their confidence, either giving them a feel for how quickly they are progressing, or giving them a basis to talk over where gaps in their knowledge may be. Tiny tasks also give a certain amount of independence as some people learn certain things only by doing them themselves and either succeeding or failing.