A Guide to Receiving Feedback Part III: Agree on Action 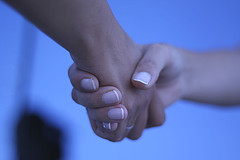 The biggest mistake when giving feedback is telling someone what to do (or what not to do). Ever been on the receiving end of feedback like that? Do you immediately recoil and feel yourself saying no? It’s natural because you don’t know how following their recommendation makes you more effective. When someone recommends a specific action, unwind the (ineffective) feedback to see how they ended at their recommendation. Find out what key behaviour triggered they observed and what impact it had. Here’s how you might do it:

Only after you both share the same context and background do you then want to move onto Agreeing on the Action. Asking someone to change their behaviour assumes it will fix the problem. Many times people suggest one thing not having the full context and actually, a better solution is something completely different.

Ensure that you both agree on the action because it will make the person receiving the feedback more effective, not because someone told them to.

Picture of handshake comes from Oooh.oooh’s flickr stream under the Creative Commons licence