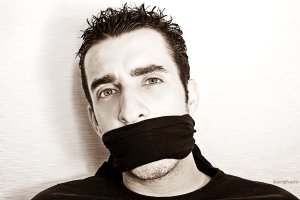 Let’s be honest. People aren’t used to hearing feedback, let alone listening out for characteristics of effective feedback. It’s easy to jump to feeling defensive and trying to justify everything and look for reasons why you behaved as you did. People with backgrounds in programming are also often quick to apply the labels: “Good” and “Bad”.

When receiving feedback, consciously slow down your reactions. Focus on understanding the situation, the facts. Then assess the impact. Avoid the temptation label the feedback as positive or negative, good or bad. Placing a value judgement immediately leads you to agreeing or disagreeing with it. Really listen to the feedback and confirm what you heard, first asking for the specific behaviour, followed by understanding how they perceive the impact.

Donor: “Last week I noticed you turning up for stand up three of out five days. I’m concerned because I think it indicates to other team members that their time is not valuable to them.”
Recipient: “You’re saying that I turned up late three out of five days?”
Donor: “Yes”
Recipient: “I only thought I was late for just one day. You’re also saying that my team mates are being affected by this? How are they expressing that their time is not valuable?”
Donor: “I’ve heard a few of them talk about if you’re not turning up on time, why should they?”
Recipient: “I had no idea about this”

The person giving the feedback will often give feedback that is ineffective, therefore as the recipient you may need to ask them questions to get back to the original observations. Focus on facts. Then focus on interpretative. Leave the action until last.

Donor: “You need to turn up on time for stand ups.”
Recipient: “It’s helpful for me to understand some specific examples. Have I not been turning up for stand ups on time?”
Donor: “No. You arrived late last week.”
Recipient: “I only thought I was late for just one day. Was I late more than that last week?”
Donor: “Yes. I thought you arrived late during stand up at least three times last week. It’s so annoying.”
Recipient: “I’m sorry to hear that you see it as annoying. It’d be helpful for me to understand why you see that as annoying.”
Donor: “It’s annoying because other team members have been complaining about if you’re not turning up, why should they.”
Recipient: “Ahh. So you’re saying that because I’m turned up late three times last week, then everyone else feels like they shouldn’t have to either.”
Donor: “Exactly.”

Whether or not a donor is giving you effective or ineffective feedback, they are trying to tell you something. Use the opportunity to listen to what they are trying to tell you, even if it is masked by emotion and suggested actions. Use the opportunity to uncover the elements of effective feedback. Avoid agreeing or disagreeing with a person immediately. Confirm what you are hearing. Uncover the facts and understand how they perceive the impact and both of you will understand what actions need to be taken and more importantly why.