In anticipation of the latest Bond movie, Skyfall, the Barbican has hosted an exhibition on the Bond series, focusing on the detail that goes behind the scenes in all of the Bond movies. I was able to take photos on the outside but unfortunately a whole army of employees prevent you from taking photos inside the exhibit where you see all of the details that go into the costumes, set design and props that get used in all of the films. 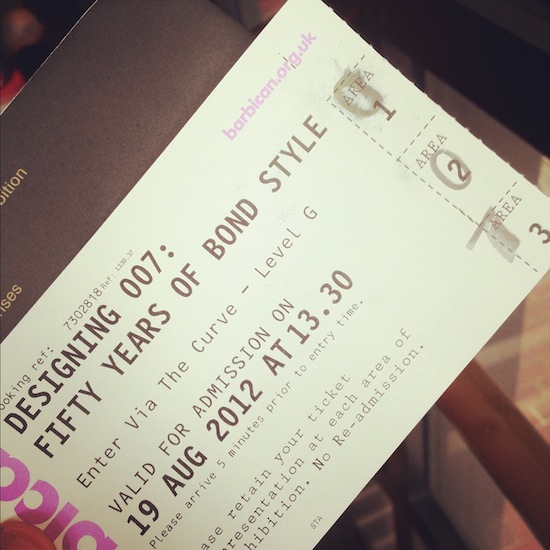 A lot of it is obviously very detailed in an attempt to be as true-to-life as possible. Short clips from the huge assortment of movies play at certain times, adding to the atmosphere and wonder of the Bond persona. Being an extremely popular event, each of the sessions were timed to stagger the entrance of people. I went for a late lunch session in the hope that I could turn up and buy a ticket (which I did) and it didn’t turn out to be so crowded. 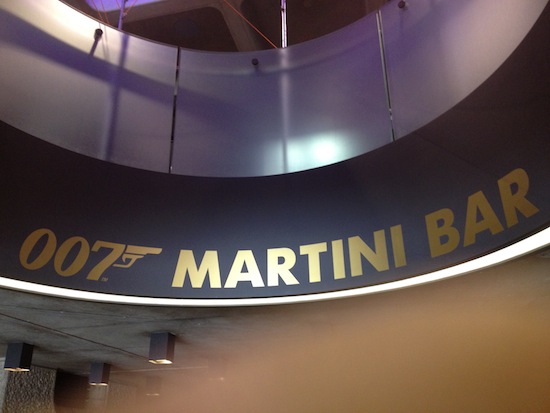 The exhibition was split into three different areas – the first being the most comprehensive and where I spent the most detail. The second area was focusing on the villans of Bond which was pretty interesting to see the variety and the third, well underground representing the intricacies of shooting films in snowy regions and dubbed the “ice palace”. 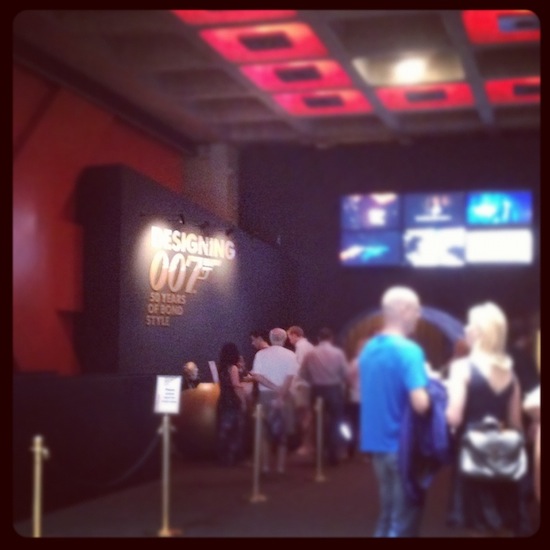 Bond wouldn’t be Bond without his drink, and the Barbican was well into the whole theme by setting up a Martini bar. It offered the classic Bond drink as well as a number of other drinks. A really fun exhibit that I was glad to see.