I spent the last week of January in Munich, where I was presenting at one of Germany’s largest conferences, OOP Conference. It’s the first time that I’d been to Munich as I haven’t been for any of the crazy Oktoberfest antics and figured I would get there one day. It’s a relatively small town, or at least felt like it to me in comparison to Berlin. One of the things to see there though is the BMW World and museum. I even booked in a plant tour that was well worth it but you’re not allowed to take any photographs. 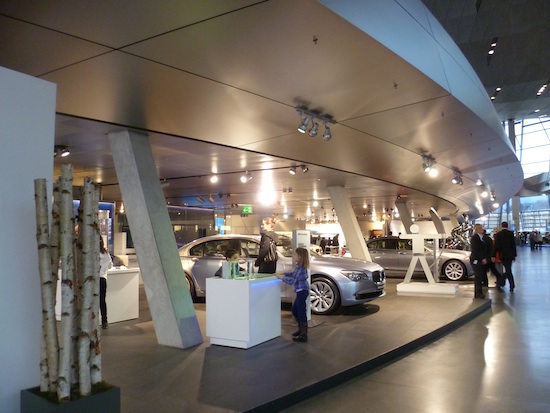 BMW World sits at the same UBahn station as the Olympic site. It’s very well signed posted and when you emerge from the correct UBahn, it’s literally right in front of you, so you shouldn’t get lost. It’s a really amazing building on the outside. Twisted, curved metal – appropriate for a car marker but softened up in a way you wouldn’t really expect. The BMW World showcases a lot of the cars they sell with a few interactive exhibits and showcasing some of the older cars like the tiny Isetta (pictured below) where people would emerge from the front of the car. 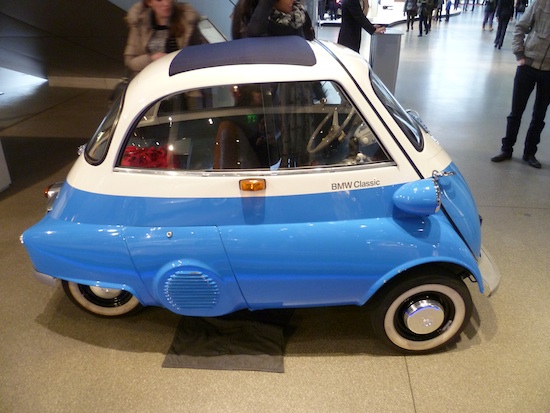 You can sit in many of the cars, except for all the limousine or really high end editions and they even have offers when you can rent a car (for a number of hours), or a number of days right there from the centre. 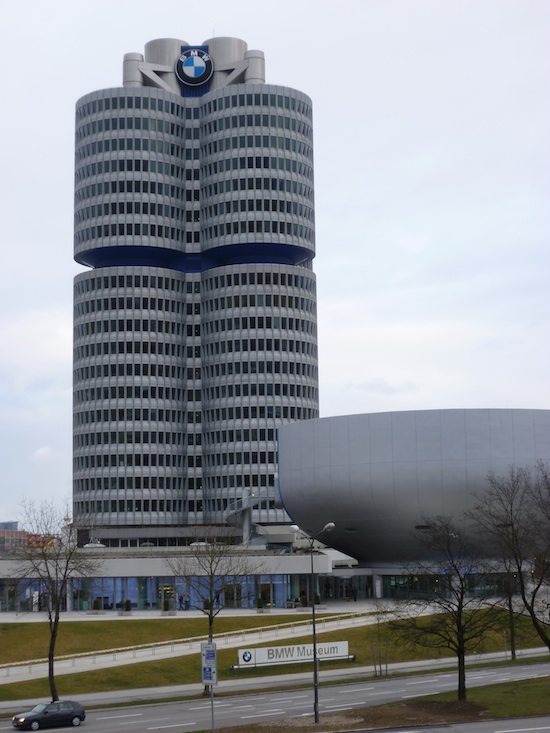 Munich is also home to the BMW 3, and if you get a chance, make sure you book the factory tour. Seeing the insides of a car manufacturing plant running so efficiently is quite extraordinary. Even though you think that the factory takes up a lot of space, when you look at what they accomplish with it, and how closely some of the robots move relative to fixed ceilings, or other robots, I find it extremely impressive. 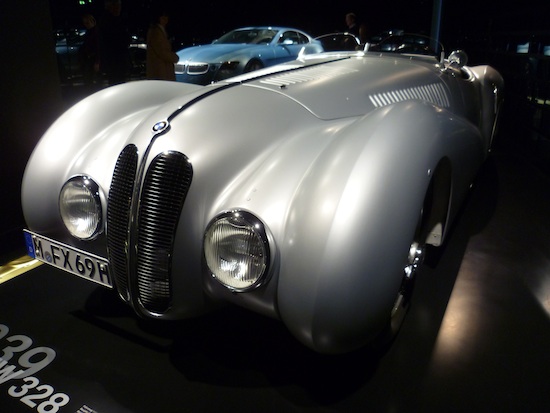 Even though I’m not the biggest car fan in the world, I’d still recommend taking a visit out to the BMW Museum that lies across the road from the BMW World. It records the history of the company, from its original roots as an engine manufacturer for aircraft, to being honest about its involvement during the world wars and how its managed to thrive when so many other car manufacturers struggle. It also has a few concept cars that make it very interesting to visit as well as a number of beautifully kept cars you need to locate in the basement such as this BMW 328 Touring Spider car above.