Though we were based in Osaka for the first part of our trip, before the rest of the family arrived, I managed to make it out to the Suntory’s Whisky Distillery located in Yamazaki. It’s an easy JR train ride out from either Osaka or Kyoto (it’s on the JR Kyoto line). I can’t remember the fare but I think it was ¥450. Here’s the station you’d get out of. 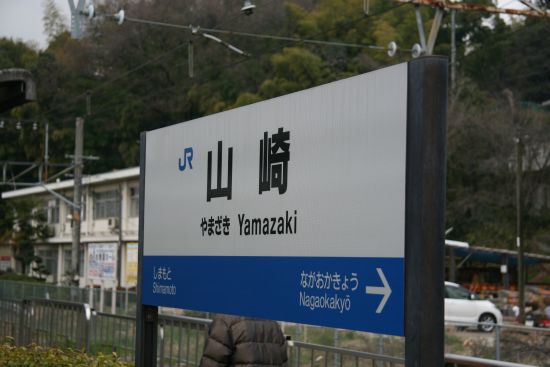 The distillery is about a ten minute walk, though you pass it if you’re travelling in from Osaka. Look for the big pot still, outside (like below). 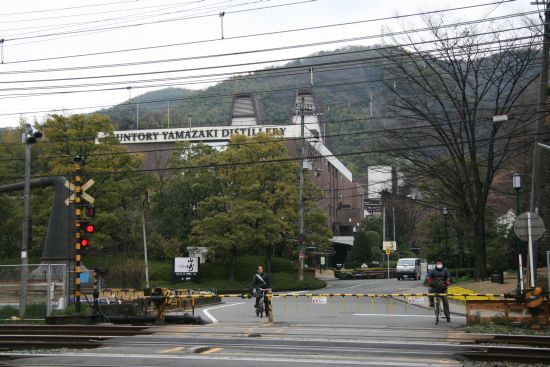 Alternately just starting walking towards it and follow the sign posts with the arrows. It’s pretty well marked as it’s one of the major attractions in this small town. Like most places in Japan, this place was immaculately kept. Beautiful lush green gardens, clean pavements and roads lead you to the front desk where you state that you’d like to participate in the free tour. You can read plenty about the history of the place on the Suntory website, but you could tell the air was really fresh, and the site had been picked because of the clean tasting waters, and the ideal climate to replicate classic Scotch recipes. 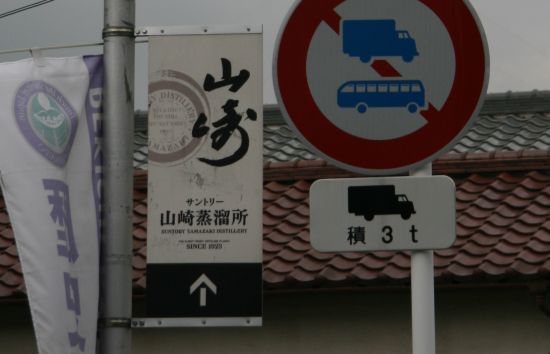 The tours run hourly and we arrived with about half an hour before the noon tour started off. We signed in, filled in some paper work (like which country we were visiting from), and were then handed a portable audio guide spoken in English. Like most audio tours you have in Europe, you get a funky little device you plug numbers in before you heard someone replaying a scene, or describing different situations. However, unlike many of the ones that came with uncomfortable little earbuds, Suntory provided a comfy “behind the ear” clip earphone. The whole tour is free as well, so you didn’t even need to put a deposit down. 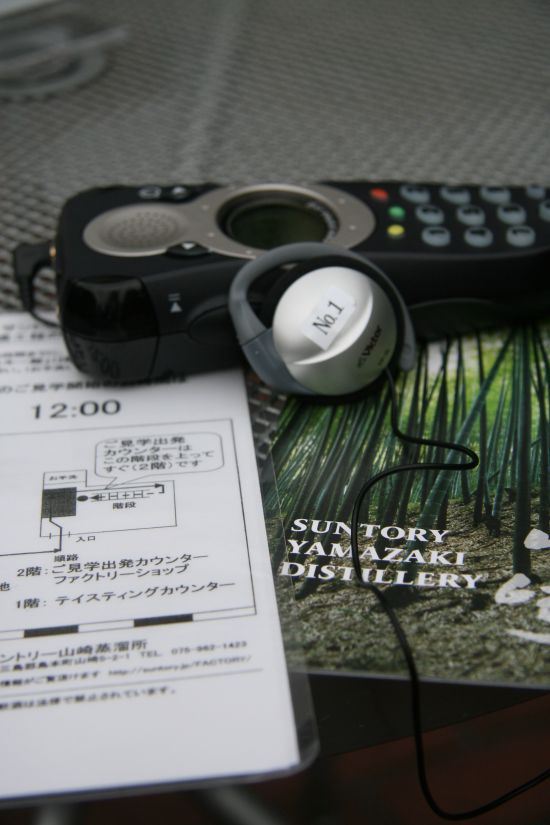 In our time to kill, we walked through the “library”, a small building containing their tasting shop, a whole lot of whiskies on display and lots of interesting bottles and set ups. They also have a store upstairs, conveniently just around the corner from where the tour starts (and ends) that sells lots of different merchandise and, of course, lots of single malt whisky. 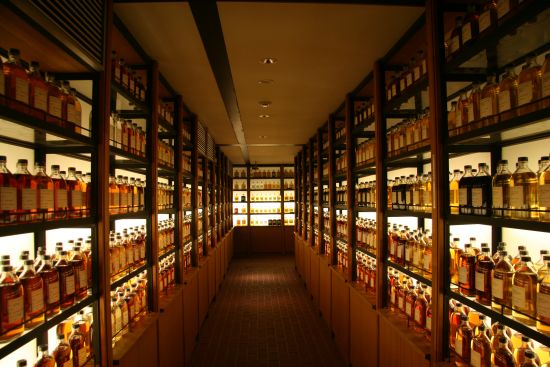 I’m going to skip describing the details of the tour, since I learned a whole lot about the whisky doing a trip up to Speyside a couple of years back. What I did learn though was that they used a lot more of Japanese white oak trees in their production yet still imported a lot of their barrels. If not for the Japanese oak barrels, the whole process was otherwise remarkably close to the ones that I remember back in Scotland. 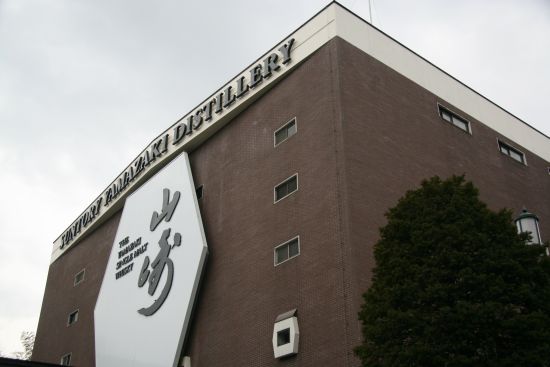 Of course, the great thing about the visit to the distillery is the free sampling at the end of it. Amongst the group of us (pretty much the other eight people being Japanese), we sat inside their decadently outfitted sampling room with a number of drams given to us to try, even complete with a tiny basket of small goodies (rice crackers, chocolates and biscuits) to accompany each dram. Strangely I found that they assumed that everyone wanted some sort of mixer with their whisky but I (at least tried to) say I wanted to appreciate the flavours on their own and just had the dram “straight”. 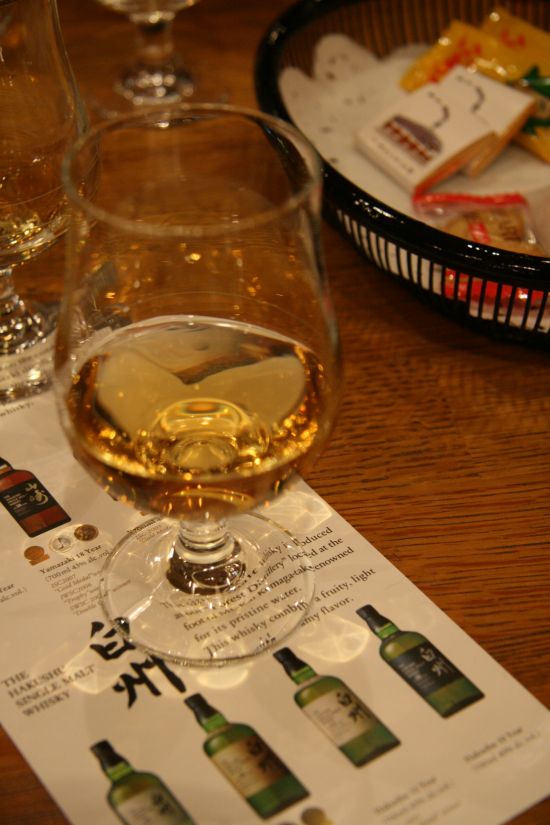 We were first presented with a Yamazaki 10 year single malt, followed by a 12 year from their other distillery in Hakushu. Unfortunately I didn’t take down what year each of these came. The Yamazaki 15 year definitely had a much lighter roundness to it, full of fruit and sublime tones. A drop of water rounded it out without taking away its sweetness. The Hakushu had richer caramel tones, and a slightly smokier after taste that I preferred much more.

I’d highly recommend people come to Yamazaki for the tour. It’s nice to get out of a major city and see the small suburbs, and the tour is still pretty reasonable even if you don’t understand Japanese. It’s free and best of all, you get access to some great quality whisky.

One Reply to “Suntory Yamazaki Distillery”