A couple of days ago, my sister and I went along to the NBC Studio Tour (or the NBC Tour Experience). Both of us had never taken it before, so we thought we’d do it while we had a spare day. The tour starts off in second floor of the NBC shop, where we had to pick up our prepurchased tickets from a counter. Since it’s still just after New Years, the entire store was heaving with people, but it’s one of those things you have to get used to. 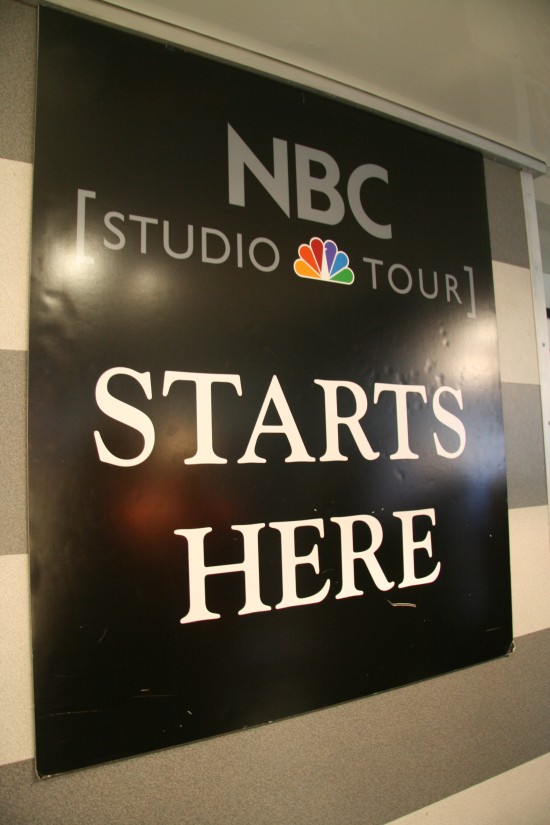 The first thing that you do on the tour is sit and watch a video about the NBC studios. It felt a little cattle-class-ish, standing in the tiny corrals lining up for the auditorium, but it seemed like the only way they could really keep pumping tours through every fifteen minutes (what a money-spinner it is!). With two tour guides (ours were young girls who apparently work as pages normally), the group is then brought through security and then to different floors around the building to see how some of the NBC shows get put together.

I think we first visited the site of where they do their nightly news, and pointed out some of the more unusual aspects to it, like the refrigerated air pumped into the room to keep the temperature reasonable when all the camera lights are on. We also go to see the set of (currently) Conan O’Brien’s late night show, that is actually tiny and then the set of Saturday Night Live. The tour finished off with a photo opportunity (and more money making opportunity for NBC), behind a news desk, where a couple of people also got to simulate showcasing the weather and telling the news for the evening.

I can’t say that it was the best tour in the world, and I think that it would have been made much more interesting had we been able to meet someone who worked on a show there. For US$23.25 each, I wouldn’t really think about doing it again.