In an endeavour to escape the bitter cold of England, I’d booked to travel to Barcelona a couple of weekends ago with my mate Nikhil. Unfortunately we didn’t escape the cold as we’d expected with temperatures on par with the near zero degrees but at least we had perfectly blue skies for almost the entire weekend. We stayed in a small hotel just one street away from the main tourist drag, La Ramblas, full of touts and tourist traps. They even had an excessive number of questionable ladies of the night, who were, frankly, rather direct in their approach with people walking up and down the street. Other than that, everything else made me think that Barcelona is a wonderfully liveable city. 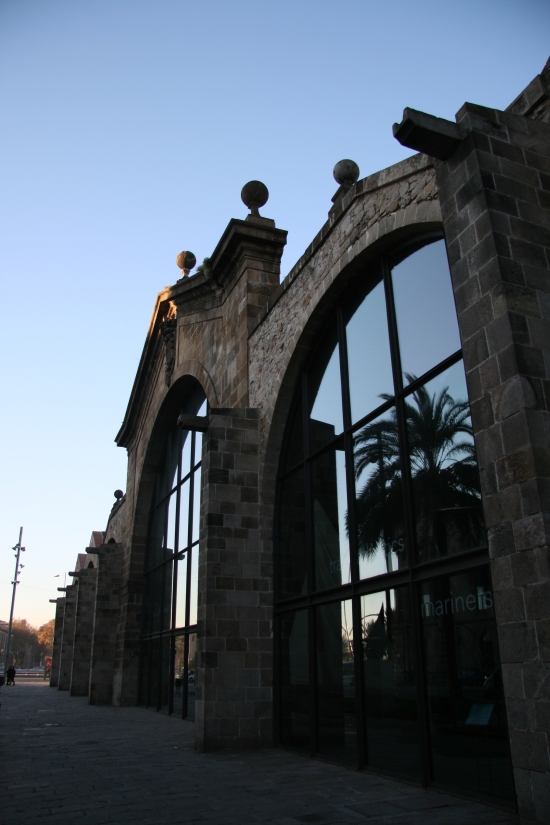 Barcelona has plenty of sights to see if you’re visiting for the weekend, with plenty of amazing Gaudi buildings sprawled throughout the city, and his influence still affecting many designs today. I think we managed to visit pretty much all of the buildings, at least from the outside, since each cost at least €8 to walk around inside and would have cost us over fifty quid each time. Casa Milà is an amazing building, full of rounded edges and strange looking balconies. Fortunately they also have a free museum at the bottom that allows you small glimpses of the interior of one of Gaudi’s buildings. We also visited the, never to be finished for another hundred years, Sagrada Familia, an impressive gothic church, the outdoor area with a great view of the city Park Guell, and the George and the Dragon tribute Casa Batlló. I also made a special trip out to see Barcelona’s version of the Gherkin, the Torre Agbar that appeared much more luminescent though is also not as tall. 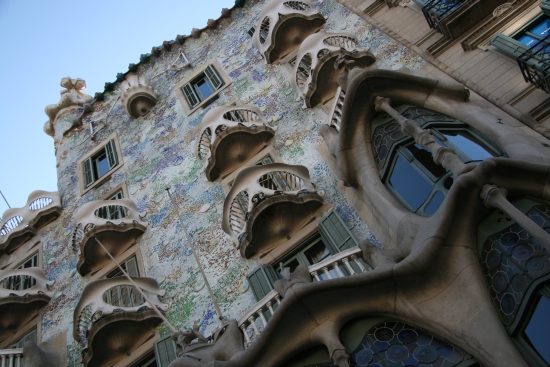 Food is a huge part of the Spanish lifestyle and with plenty of cafes, bars and restaurants to whittle the time away it was almost too hard to choose which ones to go to. Unfortunately one of the things that I couldn’t quite get used to was the siesta period that means that all of these places shut from early afternoon to about 8 in the evening when they start to reopen. On one evening, to avoid freezing in the cold outside, we even stopped at an Irish bar until we thought some of the restaurants would be open again. I’d highly recommend people visit the La Boqueria market, off a side street from La Ramblas, where all the locals go to buy all their local produce and plenty of quick, cheap and amazing quality lunchtime foods. 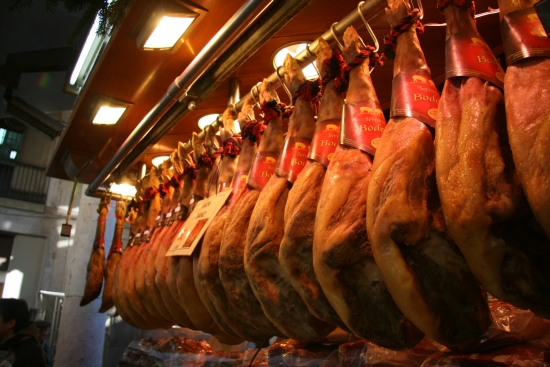 On the Saturday night we went out to battle the only rain that we had for the entire weekend, to watch the Barcelona vs Madrid football match. We had hoped to find a bar full of local supporters to watch the game with plenty of places with TV screens but all we could find was a whole heap of other foreigners trying to do the same. Fortunately it was a great match with with the first goal of the evening falling in the last ten minutes against Madrid, shortly followed by the finishing second goal that stirred everyone in the audience to celebrate. 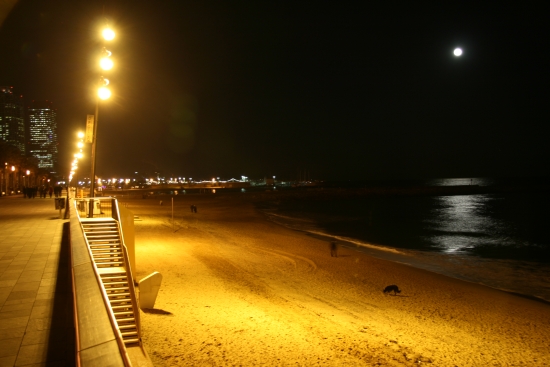 I got a good sense walking around the city that Barcelona has a wonderful life and work balance. I’d definitely like to return (though this time in the summer) and just relax into the Spanish lifestyle, complete with siesta and all. Find the photos from the weekend here.