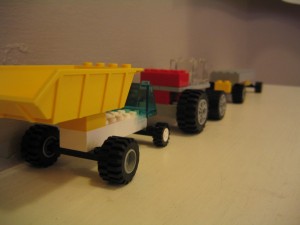 A couple of Saturday’s ago, the UK office of Thoughtworks ran an internal conference that we call an ‘Away Day’. A work colleague of mine, Tom Scott and I presented a workshop titled Lean at Large: The Value Stream Map. Our goal was a tough one to fit in an hour, with a fundamental aim of giving people experience at value stream mapping and drawing some conclusions from it. Thanks to all the people that came along and participated – we certainly got some great feedback and more importantly we hope you got something useful out it.

We spent some time first talking briefly about lean theory, its relevance to software development before talking more about the wastes in manufacturing and production and their equivalents in software development. We gave an example of how you would leverage a value stream map highlighting system wastes, and then how you might analyse it to gain the most improvements to your system. 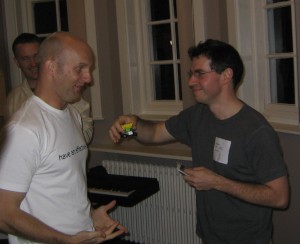 The next part of our session was more hands, with four volunteers acting out different roles using lego to create a car production line. The other observers broke into groups to observe and map out their value stream maps. Based on feedback notes we handed out and what people said to us after the session, I think most people found it fun and energising for such a late session in the day. Some peopel found it relevant and useful and some others could immediately see parallels in the game to the ways things operated on their current projects or current work environments.

Since we believe in continuous improvement, here are specific actions we will be doing for the next time we run this session: