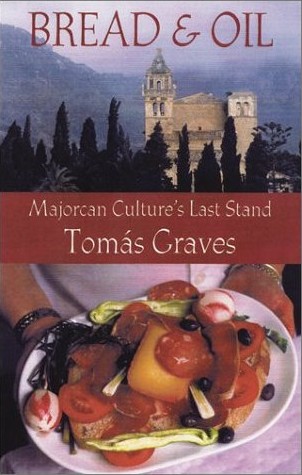 It’s great to read a book written by someone so passionate about their chosen subject, and my latest read, Bread & Oil written by native Majorcan Tomas Graves investigates the age old Mediterranean staple and its significance on the world’s culture. He writes about these two cornerstone ingredients bringing together families, friends and even strangers by drawing upon stories told to him by other locals and other research he conducted.

The book describes the making of Olive Oil and the importance of good quality bread and the stark contrast between the rich and flavoursome traditional products and the typically bland and boring ones served in many places around the world. He also inspects other supporting foods grown popular over time with the two core ingredients including tomatoes, eggs, cheese and other dried foods.

Towards the end of the book he heavily criticises the mass produced foods made popular by commercial firms replacing tradition with something, though while cheaper is far less desirable. I consider what he talks about as very true, with the growing popularity of farmer’s markets and organic produce a natural reaction to avoiding the less desirable foods. One of McDonald’s latest offerings, the Tomato and Cheese Sandwich is a great example of one such food, one that is best described as a tasteless block of wasted carbohydrates, a far step away from a potentially flavourful yet simple alternative made out of freshly baked bread, vine-ripened tomatoes and a slice of sharp cheese.

For such a simple topic, Graves manages to fill an entire book easily in an entertaining and culture inspiring way. It makes you think twice about what restaurants serve you and what supermarkets offer and appreciate the simpler things in life that formed the basis of much of the Mediterranean way of life.